So, you may remember that sorting out window treatments in our master bedroom was high on my wish list. You see, we have 4 windows in our room and only two have treatments. Hmm...interesting, Liz, interesting. 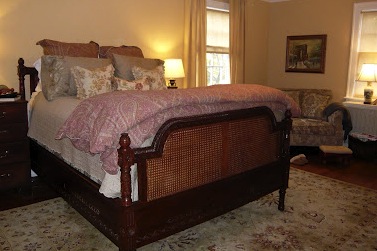 {see, check out the window on the far right - nothing but a shade! Oh, you never noticed - that's odd. So unlike me to have never pointed it out...}
Why, yes, it is. A little back story of how this came to be...Back in the day, almost 3 years ago now, when we first worked on our bedroom I didn't know how to handle two of our windows. One was over a dressing table and the other was over a radiator, both next to built-in cupboards. No where to hang a panel...so, I did what any fear-frozen girl would do and decided to deal with it later. 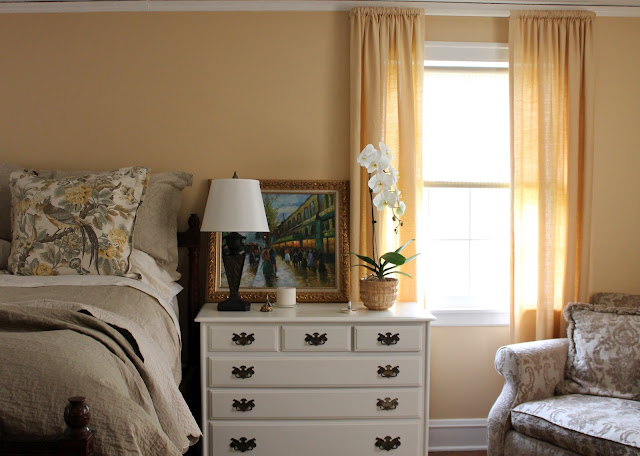 As you may expect, now is later and here's my new problem. Restoration Hardware has discontinued this color way. Why, I ask you, why? What is wrong with yellow, people? It's constantly on the outs, but I continue to love it. Perseverance.

Anyway, this little discovery left me in a tail spin trying to figure out what to do. Of course, I looked to match the existing fabric, but to no avail. So far nothing.


Back to the drawing board...ie, Pinterest. Which is where I came across the idea of using one panel per window, essentially framing the windows on either side of the bed. 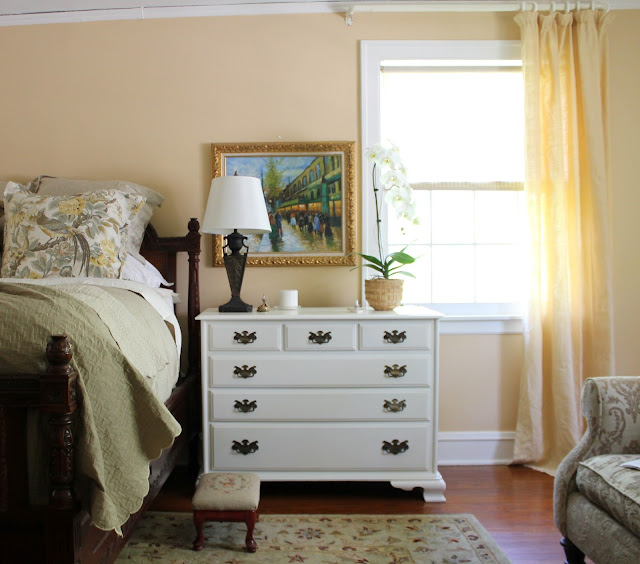 So, I'm giving it a try to see how I like it. Me, being the self described Queen of Coziness, thinks it looks a bit bare. But I am starting to get used to it. I'd love to know what you think.
Please ignore: the wrinkled curtains {I also added curtain rings instead of using the rod pocket, as before}, the new hole in the plaster wall where I hung the painting too high, and the hideous, now exposed curtain rods. This is an 'in progress' image, after all. 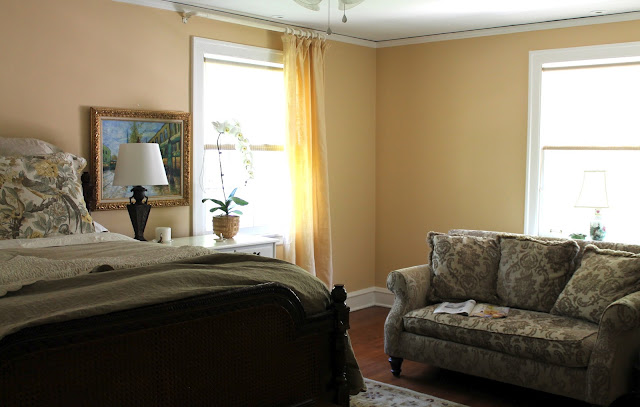 {I'm also testing out a slightly new location for the loveseat}
What's the point of all this? Well, if I decide I can live with one panel per window, that frees up the other two existing panels, which could be used to cover the remaining windows.


As I explained to Mr. DD, buying two new curtain rods is a lot more cost effective then all new window panels.
So, do tell. What do you think?