The Different Types Of Crosses In The Cemetery

With this being Good Friday for the Christian religion, I thought a brief look at crosses in the cemetery might be of interest. 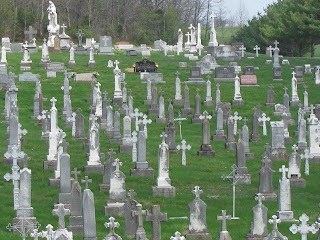 A cross is defined as a structure with two intersecting pieces. To the Christian faith, a cross is the symbol of Christ and Christianity.  In the cemetery, a cross may be used as a monument or memorial for someone of the Christian religion.
Types of Crosses - 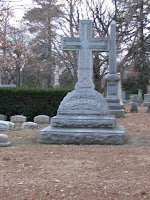 Calvary Cross  - There are 3 steps that make up the base on which the cross sets.  Some bases are shaped to resemble the hill where Christ died.  In the Protestant faith the three steps represent the Holy Trinity.  In the Catholic religion the three steps stand for faith, hope and love. There are many types of cemetery markers that use this 3-step foundation. 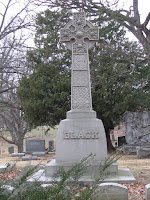 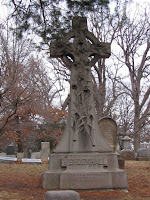 Celtic Cross - Similar to the Latin cross but with a circle intersecting the upright and the crossbar. There are many names for what we know as the Celtic cross – the high cross, ring cross, sun cross, solar cross, wheel cross, halo cross, disc cross, Irish Cross, Woden’s Cross, Ionic Cross, Odin’s Cross and St Brigid’s Cross, although each cross has some variation. Most are ornate. Celtic crosses became popular in U.S. cemeteries in the late 19th- century. 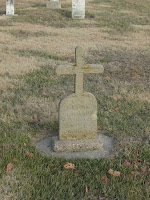 Cement Cross - There have been many who could not afford granite or marble tombstones, so they made due with what they had.  A homemade cross, fashioned out of cement, was used as grave marker here. 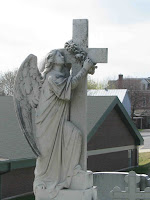 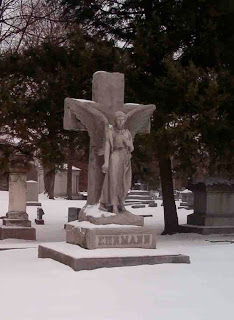 Cross and Angel – Angels are believed to be the guardians of mankind and can intercede for assistance from Heaven.  Notice the wreath that indicates victory over death being hung on the cross to the left.  The angel on the right stands on the 3-step formation. 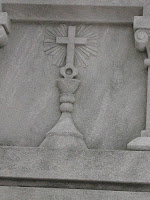 Cross and Chalice – The chalice represents the sacraments and forgiveness.  It usually marks the grave of clergy or priests.

Cross and Crown - This symbolizes Christ suffering on the cross and victory over death. 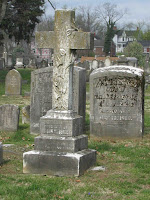 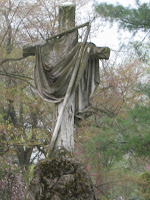 Cross and Lilies - Be it one lily or several, located on a cross they represent resurrection and hope.


Cross and Scythe – The scythe is an instrument used to reap grain.  It represents someone cut down in the prime of life. But when attached to the cross, hints of the divine gathering up of souls. 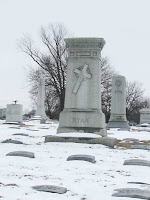 Cross and Wreath – This symbolizes Christ’s victory over death and eternal life. 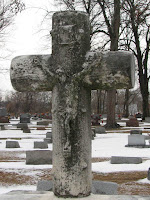 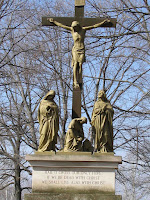 Crucifix – Used by the Catholic, Lutheran, Anglican and Eastern Orthodox religions.  The crucifix depicts the corpus or the body of Christ, indicating that Christ is more important that the cross itself.  The Virgin Mary and Saint John may be shown at the base of the Crucifix. 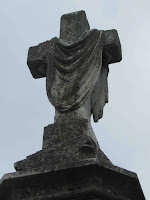 Draped Cross – The draping indicates the last veil between earth and heaven.  A cross that is draped may indicate the death of an older person. 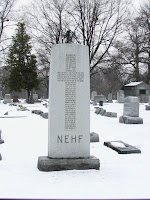 Epitaph Cross – A cross with an epitaph engraved on it. This marker shows the epitaph written in the style of a cross. 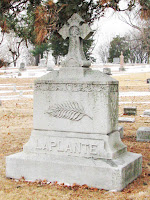 Fleur-de-lis Cross – The arms of this cross are stylized with 3 points or petals at the ends to represent the Holy Trinity. 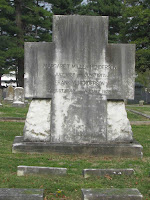 Greek Cross – The arms are all the same length on this cross.  This is one of the most common types of crosses in the world. 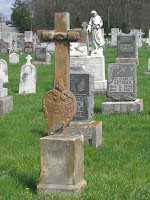 Heart Cross – This is usually a Latin cross that is embellished with a heart symbolizing love. 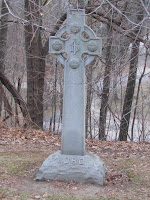 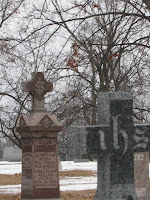 I H S cross – The three letters usually appear on the crossbar and are derived from the first three letters of Jesus’ name in Greek – Iota, Eta and Sigma.  This has also been said to stand for the Latin words “Iesus Hominum Salvator – “Jesus, mankind’s savior.”
$ Cross - In the Latin alphabet, I H S O Y S, again, Jesus’ name, is combined and interwoven on the intersecting section of the cross. 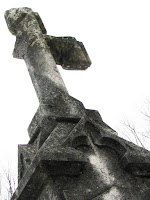 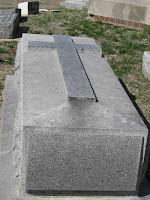 Latin Cross – This cross has the cross bar about 1/3 of the way down from the top and does not include the corpus or body of Christ on it.  The Protestant religions use this cross as their symbol feeling that it represents their belief in resurrection.  This is the most common type of cross in cemeteries, but is very susceptible to being broken. 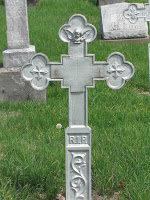 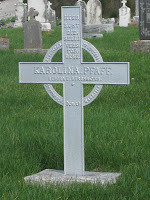 Metal Cross – Wrought iron metal crosses were cast from iron.  They are usually found in Catholic German and French cemeteries. The crosses are painted silver, white or black with decorative symbols added to the rectangular or heart shaped plate attached to the front.


Woman at Cross – The statue of a woman mourning the loss of someone abounds in cemeteries around the world for women have always had the distinct responsibility of attending to the dead. 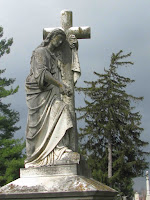 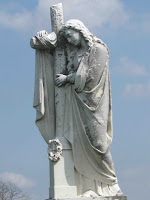 These women are leaning on the cross to gain comfort and strength. 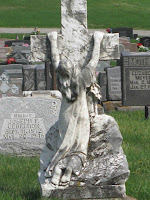 This woman is hanging on the cross indicating unwavering faith.  This marker is commonly used on Masonic graves.
Also, there is usually a wreath on the gravestone indicating victory over death. 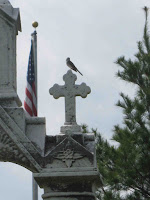 Tuesday, we will explore the angels that flourish in the cemetery.  Enjoy your weekend!
~ Joy