The ocean will never cease to amaze us. Today we spent time with a few whales and got some fantastic looks. Our first whale of the day was of a very large Fin whale. 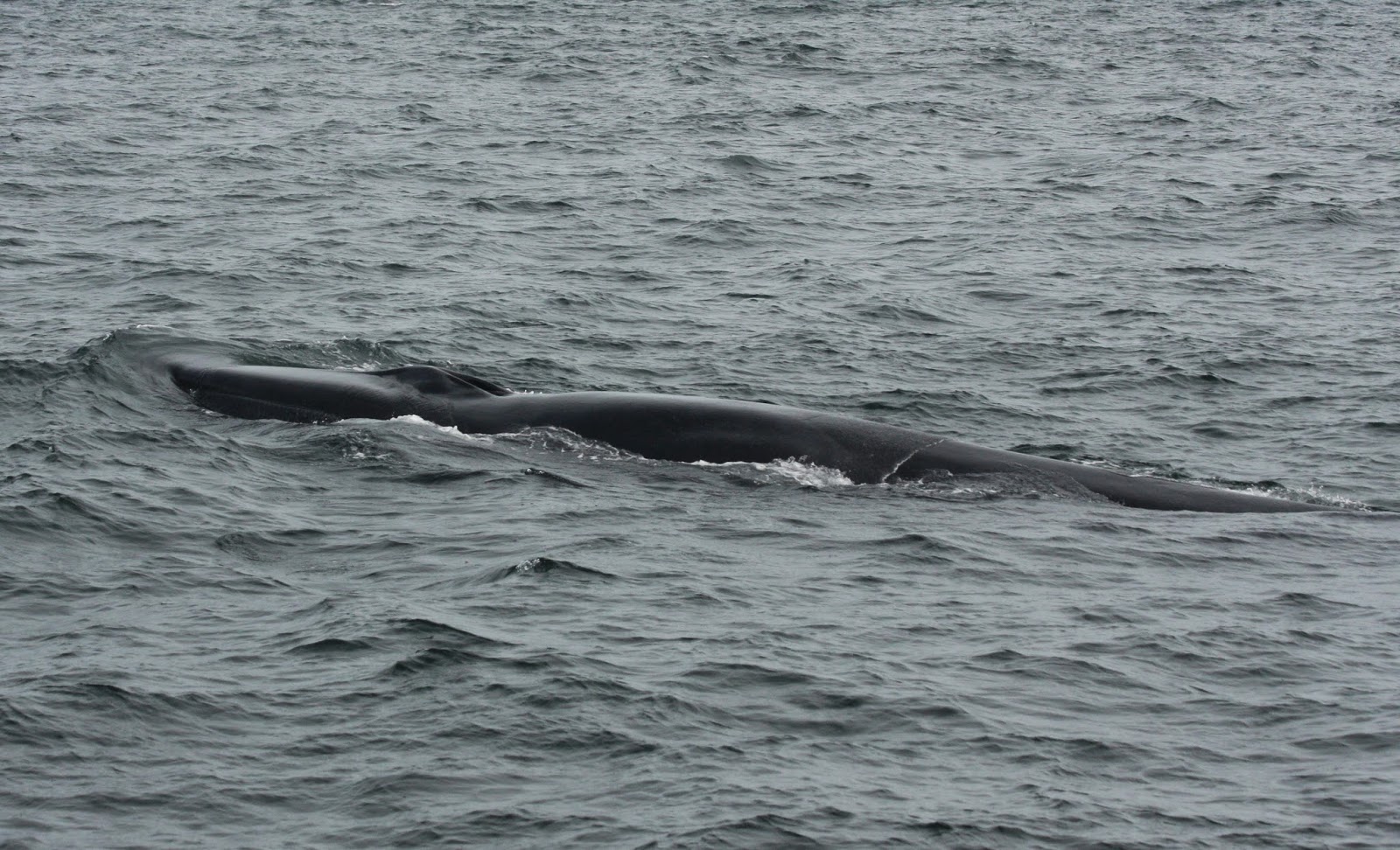 Fin whale moving with such ease through the water just off our starboard sideAt first glance we knew this Fin whale was a new visitor to the area this season. This whale's dorsal fin was very distinctive and as we checked out the Fin whale Catalog from our friends Blue Ocean Society for Marine Conservation we were able to match up exactly who this whale was. It was #9619, a whale first seen in 1996 and has not been seen in our area since 2009. What a great surprise! 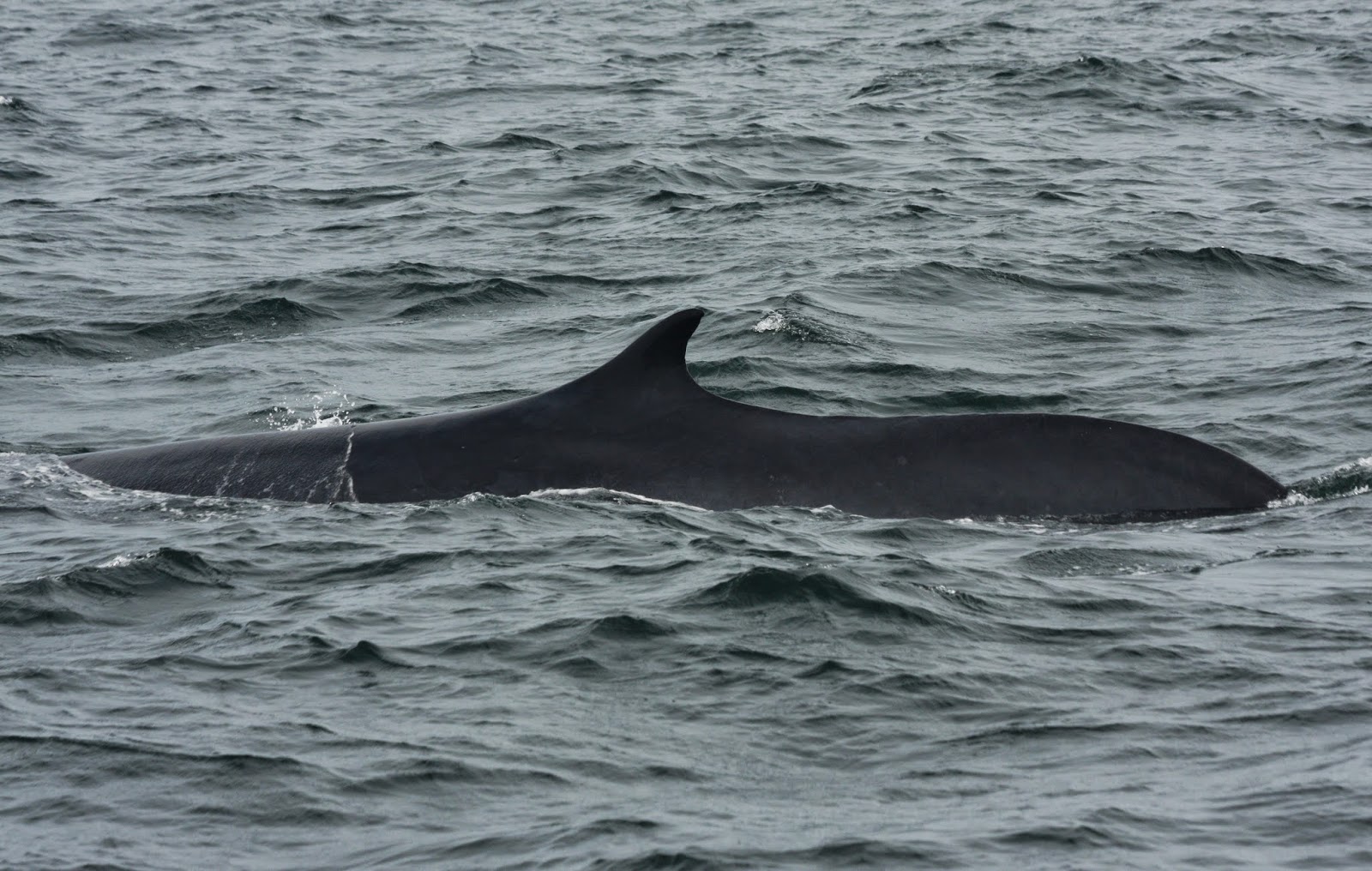 Fin whale #9619!With some very nice looks at this whale as it surfaced so close to us multiple times we decided to go off and do some searching. We have no special equipment we use to find whales. We rely completely on our eyesight so by covering as much ocean as possible during any one of our trips that is what gives us the best chance of seeing/finding what might be nearby. Today was one of those days. As we were cruising around searching for any sign of whale activity we saw a spout out in the distance. It only took a nanosecond to realize it was a different species. A Humpback whale was ahead of us! Not only had we come across another type of whale but it only took another second to recognize exactly who this whale was: Owl! This whale has a very prominent scar on its body so even without seeing the underside pattern of this whale's tail we were thrilled to see such a familiar whale in our area! 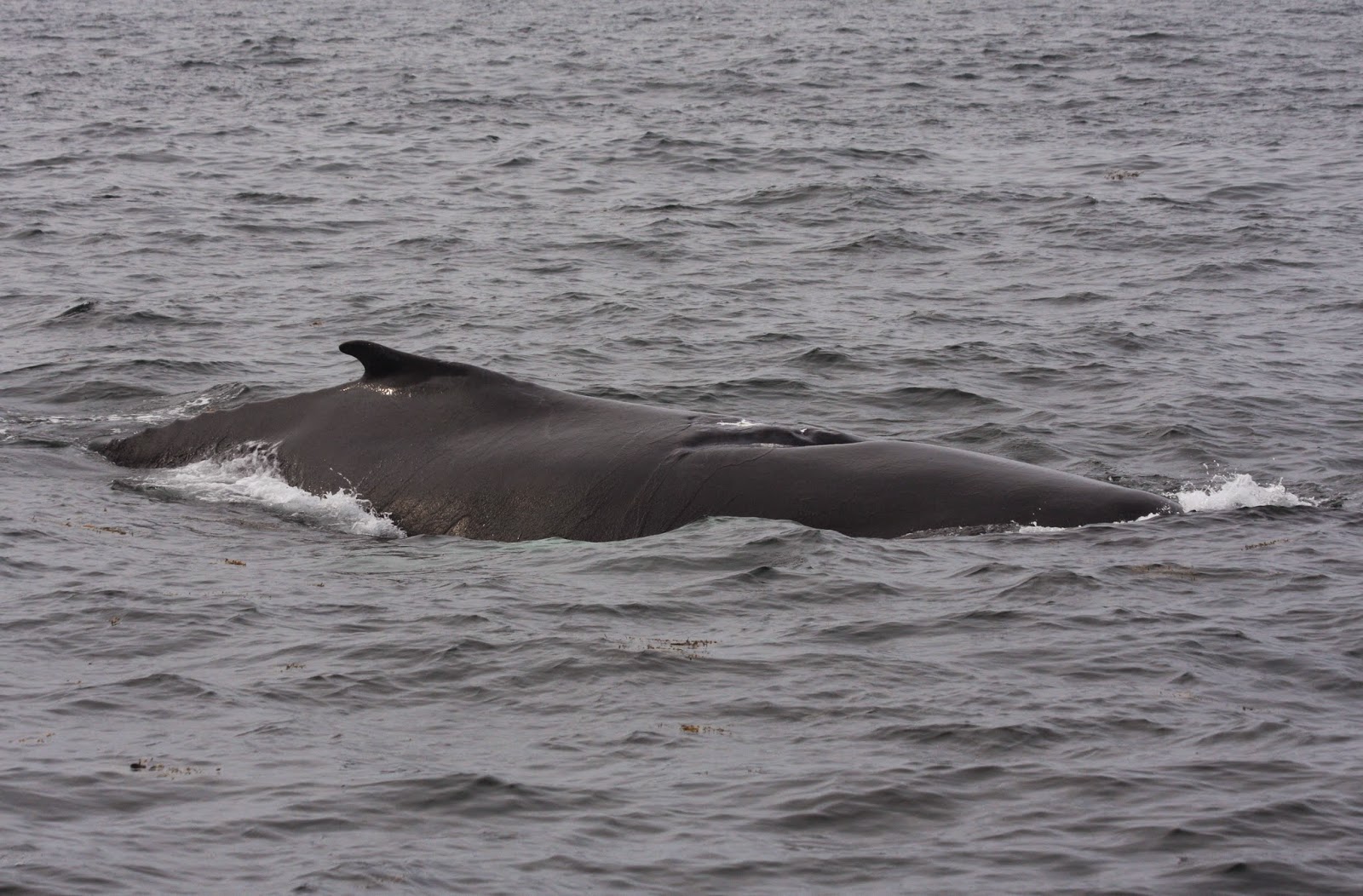 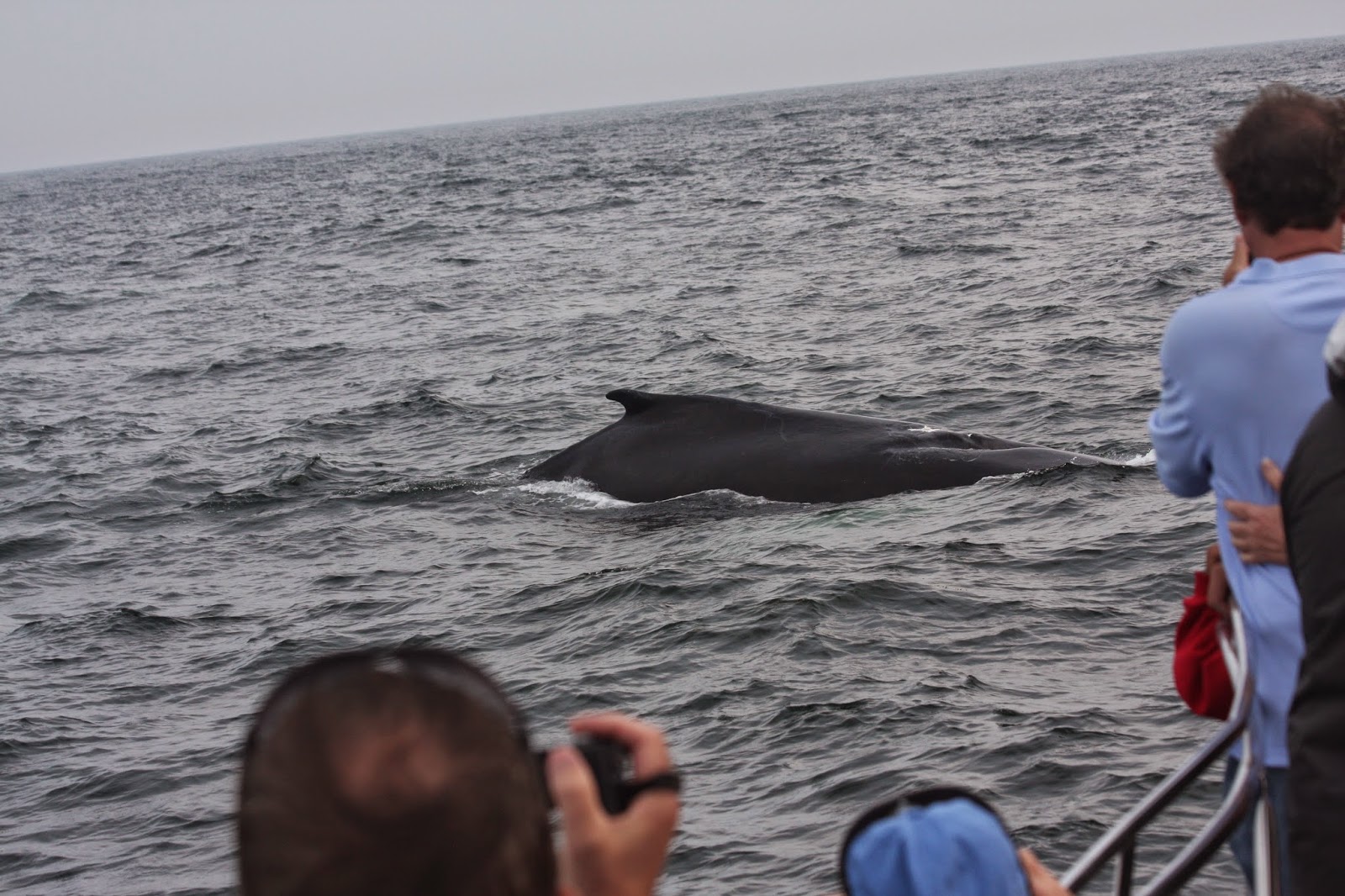 Owl did circles around us for a moment (as we just sat with our engines off of course!) as in this image she is about to cross right in front of our pulpit! 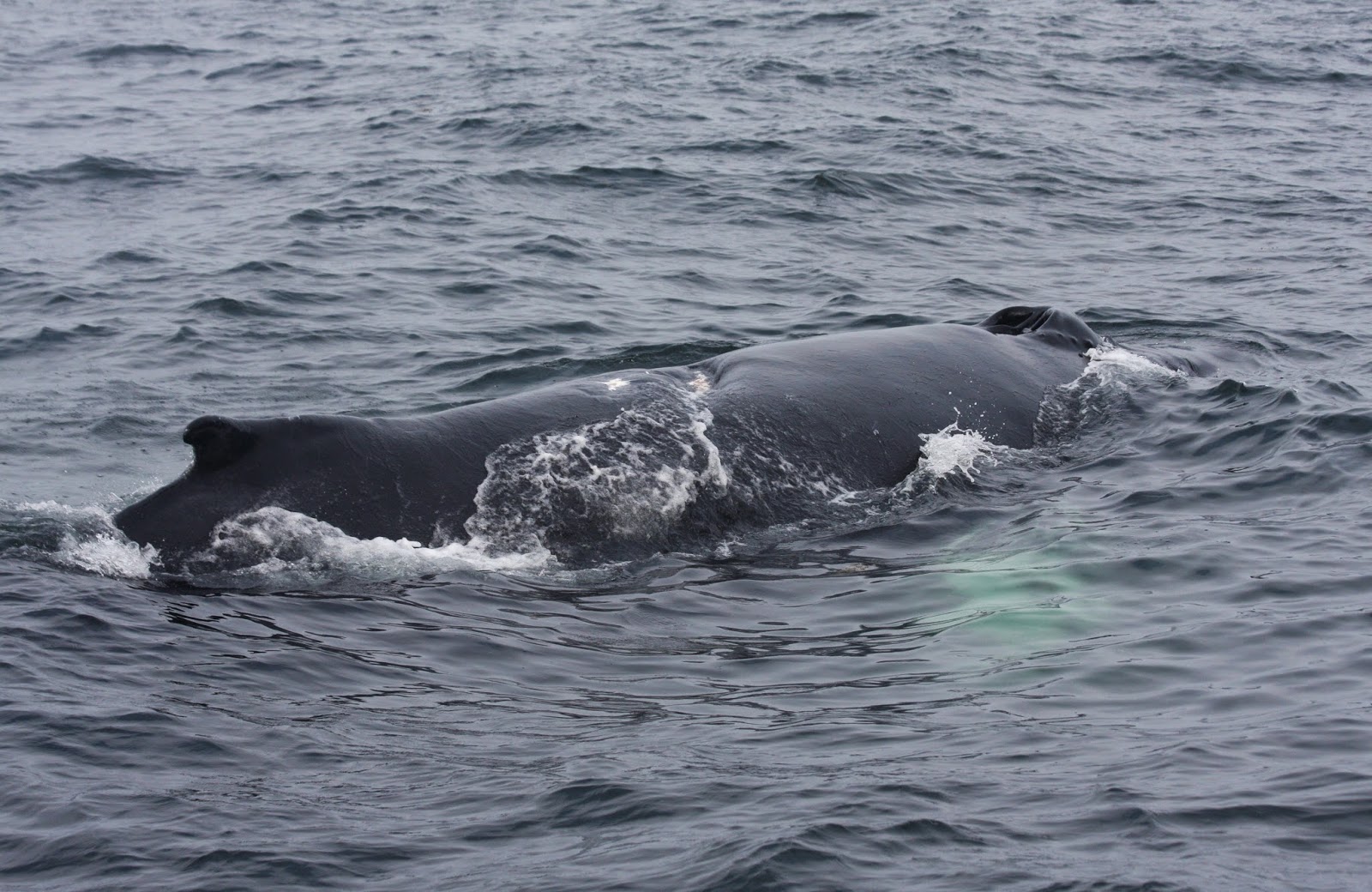 Owl swimming past the boatWhat a great way to wrap up a day on the water. A new visitor to our neck of the ocean this year and a familiar whale in which we haven't seen in almost a month! 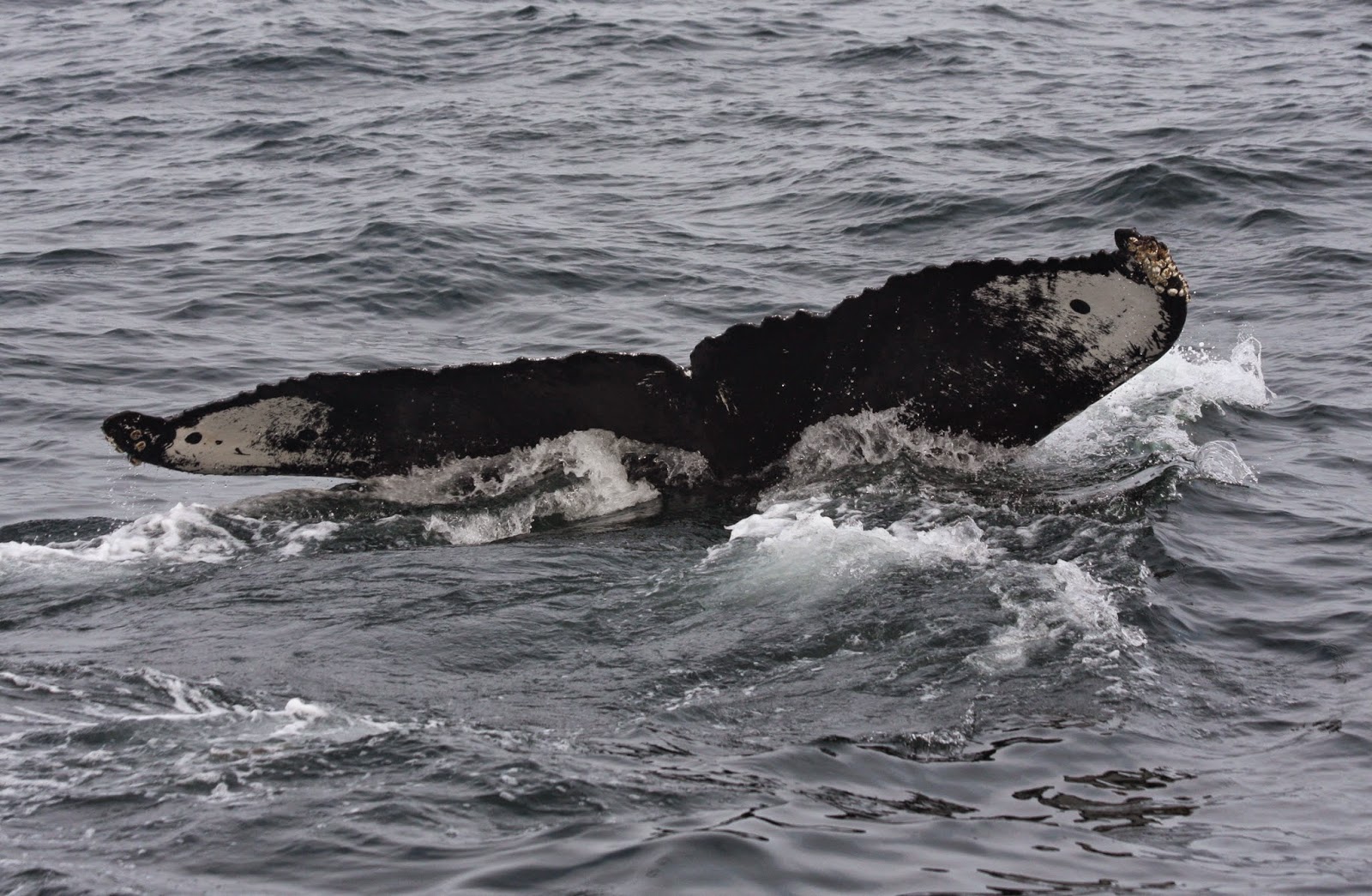