Recently I watched the fascinating documentary, “Finding Vivien Meier,” about an eccentric photographer who left behind some 100,000 negatives, many of the images extraordinary.  That night I had trouble sleeping and while dozing was carried back some sixty years to the Journalism College at Marquette University and a fellow student named Charlie Harbutt who espoused a philosophy of “natural light” photography.  He is shown below as a student. 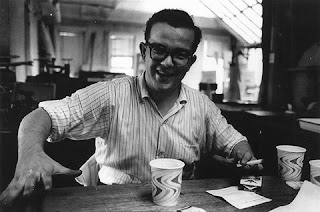 Charlie, who died in July last year,  went on to be one of America’s most noted photographers, former president of Magnum Photos and co-founder of Archive Pictures.  In obituaries he has been hailed as a teacher and mentor to generations of younger photographers.  I am sure of that accolade because at Marquette he influenced his fellow students, including me, with his passionate insistence that to be truly “honest” a photograph should be taken in the light naturally falling on the scene, whether sunshine or lamp light, but without a flash. 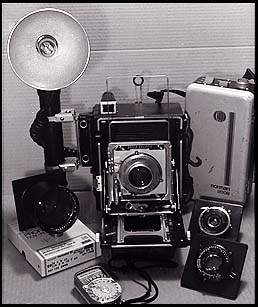 Technological changes in camera equipment and film had made that possible in the 1950s.  From the 1930s into the 1960s, the Speed Graphic was the quintessential professional and press camera.  Shown here, the Speed Graphic weighed in five pounds.   One writer has called the camera “…bewilderingly complex, with a Rube Goldberg-esque assortment of features.”   The photographer had a choice of using one of three viewfinders, one of three focusing mechanisms, and one of two shutters. It had a flashgun anchored to one side. Truthfully, I never mastered the beast.

By the time Charlie and I got to college, that did not matter. The twin lens reflex (TLR) had gained popularity in newsrooms and elsewhere where it had become the camera of choice.  TLRs had been around since the 1870s but had evolved by the 1950s into the mechanism shown right, the Rolllei as we called it, standing for Rolliefex or Rolliecord.  Because it used a reflecting mirror to allow viewing from above, the camera could be held very steady and thus allowed slower shutter speeds.
At the same time Kodak was developing faster and faster film for use in the TLRs.  In 1954 the company released its first high-speed black-and-white film, called Tri-X.  Now usually sold as 400 ASA, I believe that at that time it was 200 ASA.  The combination of higher speed film with slower shutter speeds meant that indoor natural light photography not only was possible, it was practical.  Thus was born the gospel according to Harbutt. 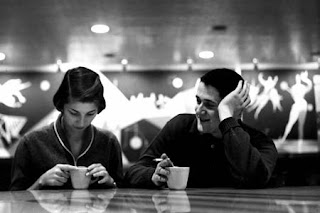 Charlie practiced what he preached.  Above is a photo that he took in the Marquette student union about 1956.  It shows my friend, John Leonard, obviously entranced by a pretty young coed who seems more absorbed in her cup of coffee than with John.  Charlie used the brightness of the reasonably well-lighted cafeteria to capture in natural light this engaging portrait of the two. 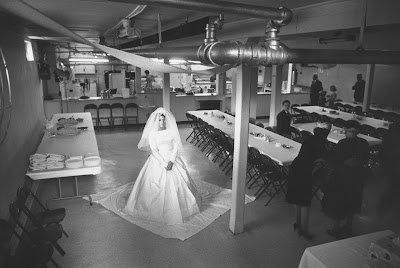 After graduation, for the first 20 years of his career, Charlie contributed to major magazines in the United States, Europe and Japan.  He quickly was recognized for the political and social commentary his photographs conveyed.  One of my favorite early Harbutt shots is of a bride waiting to go onto the altar in a church basement where the wedding reception apparently will be held.  Unattended and pensive, she stand on a white cloth so as not to soil the bottom of her gown.  With many others I have found this photo particularly poignant.  Note that it was shot in natural light. 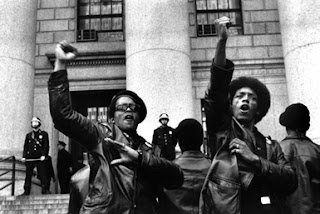 For the first twenty years of his career Charlie contributed to major publications in the United States, Europe and Japan. His work was often deeply political, reflecting his social and economic concerns.  Whether it was Black Power protesters demonstrating in New York City or a impressionistic scheme, he knew how to transmit ideas via black-and-white firm. 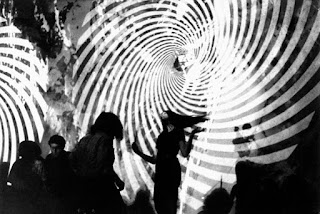 Charlie Habutt’s pictures have been widely collected and exhibited at, among others, the Museum of Modern Art, the Art Institute of Chicago, the Whitney and at the Beaubourg, Bibliotheque Nationale and the Maison Europeene de la Photographie in Paris.  In 1997, his negatives, master prints and archives were acquired for the collection of the Center for Creative Photography, Tucson, Ariz.
It is perhaps fitting that Charlie died while giving a photography seminar in Tennessee.  He was well known as a teacher and mentor in the world of photography.  An associate, Jeff Jacobson, said this of him:  “Charlie was one of the first people teaching workshops and he became very influential.  He…took photojournalism and pushed it in a direction away from literalism or classicism…to something very, very different, very involved with metaphor. That was hugely influential.” 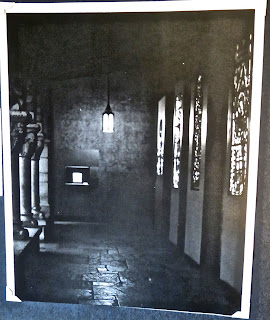 Decades earlier he had profoundly influenced the wanna-be photographers in Copus Hall, the journalism school.  Charlie’s passion for authenticity, linked to using natural light, was powerful.  About that time Kodak issued an experimental film beyond Tri-X that could be pushed to a very high ASA.  Stiff as cardboard in the darkroom, I used it for a series of indoor natural light photos for Marquette yearbooks that were notable for being very, very grainy.  Sometimes the technique worked better, as in personal shots of a museum cloister and my grandfather’s shed. 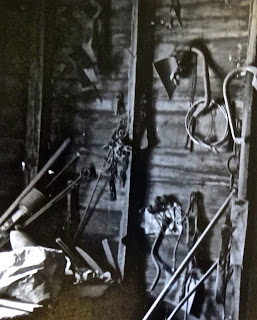 I saw Charlie Harbutt only once after he graduated when our career paths diverged widely.  But his ideas about photography have stayed with me ever since.  I particularly ponder a statement he made in his 1974 book, “Travelog.”  Entitled, “I Don’t Take Pictures, Pictures Take Me,”  Charlie said:  “That magic little box enables one to leave, in a small way and for a short while, one’s own time and space and to occupy, maybe only superficially, another time and space:  a then and there that really existed as a here and now.”  And, obviously, existed in natural light.