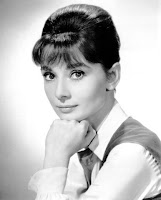 Audrey HepburnActress – fashion icon – humanitarian, Audrey Hepburn was known as being all of these.  She was born May 4, 1929 to Joseph Ruston and Baroness Ella van Heemstra, a Dutch aristocrat, in Ixelles, Belgium, a Brussels suburb.  She moved to London in 1948 and performed as a chorus girl in West End musicals. 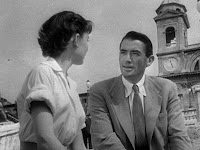 As Holly Golightly in
"Breakfast at Tiffany's"Hepburn broke into films in 1951 as an unbilled extra in “One Wild Oat.”  By 1953, she was winning an Oscar for Best Actress in “Roman Holiday” with Gregory Peck.  She’s also well remembered for her characters in “Sabrina,”  “Funny Face,” “My Fair Lady,” and “Breakfast at Tiffany’s.”  She is one of only a few actors who have received Academy, Grammy, Emmy and Tony Awards.

Givenchy & HepburnBesides her acting, Hepburn was known for her gamine figure.  Hubert de Givenchy was so smitten with her that he designed her costumes for “Sabrina” without receiving any wardrobe credit in the film.  The two formed a life-long friendship and Givenchy often referred to Hepburn as his muse for many designs.  She made ‘the little black dress’ a fashion staple when she wore Givenchy’s design in the 1961 movie, “Breakfast at Tiffany’s.”  That same year, she was inducted into the International Best Dressed Hall of Fame.

After being in the spotlight for fifteen years, Hepburn decided to retire in 1967 to raise her son.  She attempted a comeback in 1976 in “Robin and Marian” with Sean Connery.  Through the remainder of the seventies and eighties, she tried on various roles, but none that brought her critical acclaim.  Her last role in a motion picture was in 1988 in a cameo appearance as an angel in “Always.” 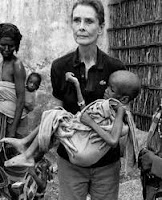 Hepburn with childIn 1988, she became the international Goodwill Ambassador for UNICEF.  Using her celebrity status, she was able to draw attention to the difficulties of displaced children in other countries.  During her five years with UNICEF, Hepburn traveled to over a dozen disadvantaged, third-world countries trying to gain assistance and awareness for starving children, and their need for food, medications, and  protection from violence, exploitation and abuse in their home countries. 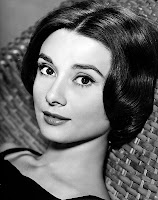 Audrey HepburnIt was September 1992 when Hepburn began suffering from abdominal pains.  The diagnosis was abdominal cancer.  Surgery proved that the cancer had spread too far be removed. Hepburn decided to spend her last Christmas at home in Switzerland. 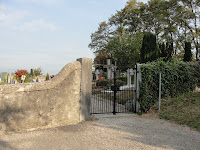