The Holiday Inn wasn't too far away from the city and a metro stop was only 2 minutes' walk away so we went for a night stroll at 9:30. I wasn't going to miss Prague at night after all the reminders from my daughter. And you know, I am so thankful I went because Prague at night at the Charles bridge is the most beautiful scene with the most magical atmosphere I experienced on this trip. I felt bad for the others on the tour who stayed back in the hotel. The guide should've told them about Charles Bridge and the castle at night.
When taking the metro in Europe, always have your tickets validated. We were chatting with another passenger on the bus about why there were no electronic gates in the metro stations and how easy it was to cheat a ride when a couple from Hong Kong turned around and said that they were fined HK700 each (RM350/90 euros) when the conductor checked their unvalidated tickets. We were lucky! 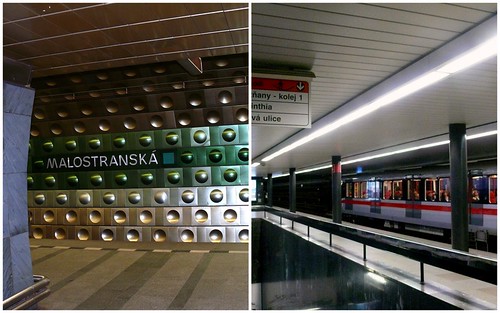 Prague's metro trains and stations are the best so far, much better than London or Paris metros. And cheap too, only 18 Koruna (CZK)/RM3) one way.

Taking photos on Charles Bridge was the most frustrating photo-taking experience. I must've taken hundreds and none came out good. I wished a thousand times that I had brought my daughter's SLR or at least a tripod stand, and I thought of people like CK (on my links) who take the best indoor and night photos.
Charles Bridge is best approached from the city-side, not the palace side. That way, when you walk round the corner, the whole bridge and palace and lighted buildings on the hills suddenly appear in front of you. It's beautiful. The brige scene in Budapest is even more beautiful (hills are higher, buildings nearer, more lights) but the aura is lacking. Charles Bridge and the palace area are breathtaking. 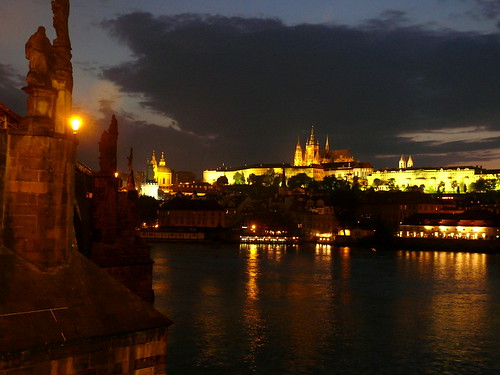 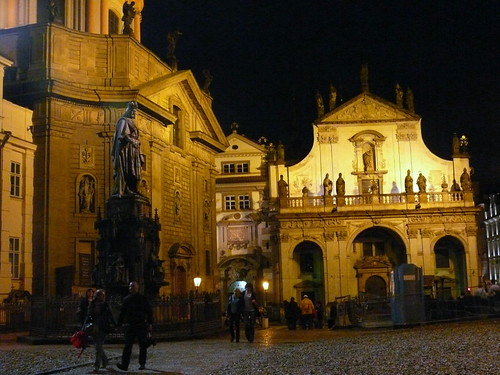 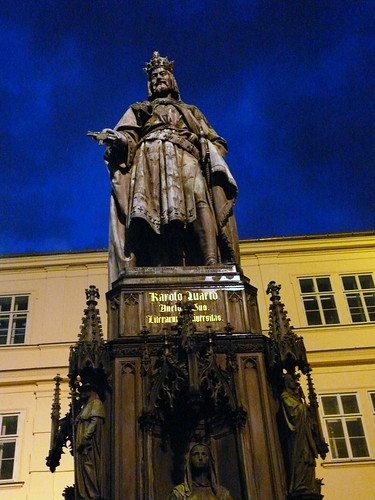 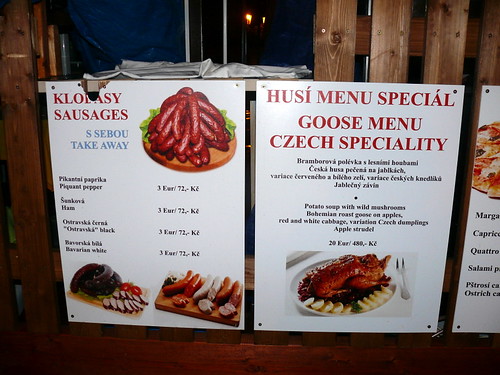 A whole goose for 20 euros! We can't get that back home. But sadly, the restaurant was closed. It was about 10:30 pm. We wanted Czech food. 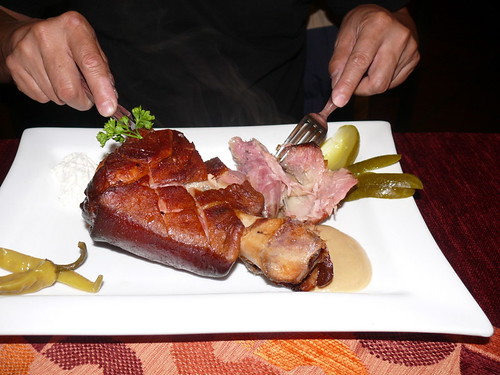 This pork knuckle was far better than the one we had in near the Rhine. The meat was like ham. 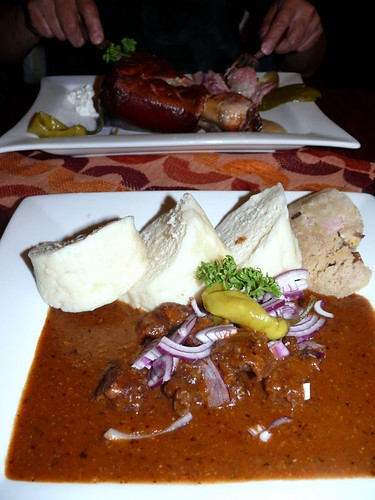 I had the goulash with steamed bread and herb dumpling. It was tasty but not as good as the beef bourginon in Paris. I know, different things, but I'm comparing stews. With a refreshing beer, the bill came to 540 CZK, about 22 euros, cheaper than other European cities. 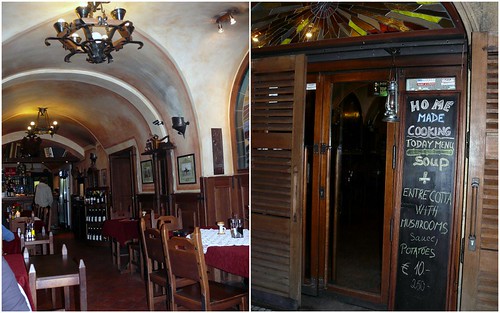 Restaurants in Hungary and Czech Republic are usually grotto-like, very homey. Most restaurants welcome euros but some'll give your change in CZK which is useless outside of the country so it's best to give small bills. Most Czechs speak good English too. And they only listen to American music.