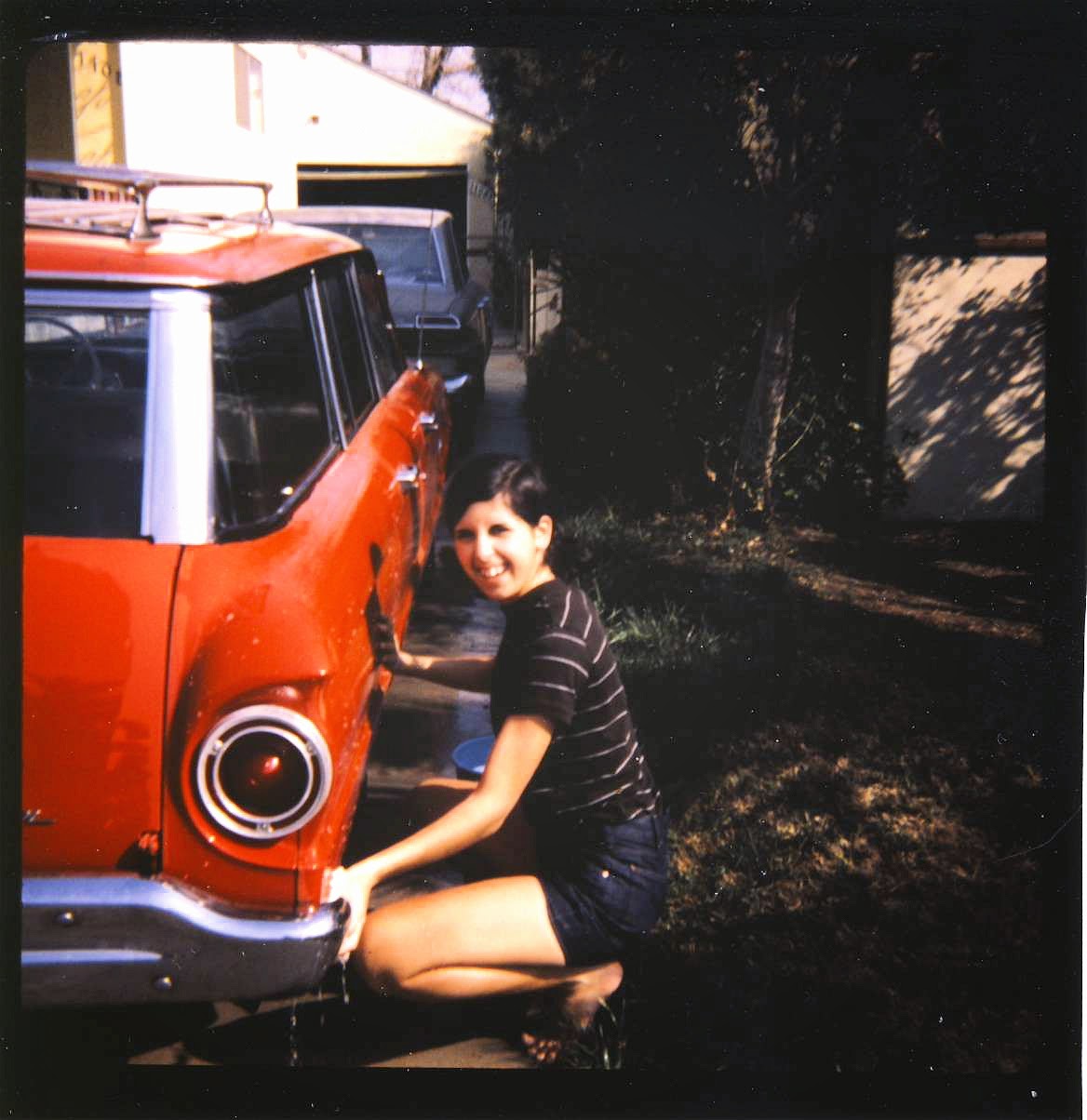 Me and our old Ford Falcon wagon in 1970
Several years ago, the L.A. Conservancy solicited members' stories about Wilshire Blvd., my favorite street in Los Angeles. I submitted a written memory, which appeared briefly on the Conservancy's website, and then forgot all about it.

Well, imagine my surprise when I visited the Conservancy's new "Explore L.A." microsite, this morning, and there, featured prominently on the Wilshire Blvd. page, was my short story under the headline, "The Most Glamorous Street in the World"! You can link to my memories here or enjoy them right now below:


Like most of the kids in my high school, I got my driver's license as soon as I turned sixteen. But unlike everyone else, I was too afraid to drive the freeway; and so that entire first summer (1970), my younger sister and I regularly drove the family's 10-year-old Ford Falcon over 25+ miles of L.A. streets to go to the beach.From Burbank we took Barham over the hill to Highland and then down to Wilshire, where we turned right and headed toward the ocean. Our favorite beach was Sorrento, located at the foot of the California Incline.Just west of La Brea were the tar pits, the art museum (only one building in those days), and the amazing gold column of the Fairfax May Co. -- all only a few steps away from curly-q French fries at Dolores drive-thru.Further down was Beverly Hills, with its beautiful hotels and department stores, and of course Wilson's House of Leather, where we always decided to continue on Wilshire rather than turning onto the probably more suitable Santa Monica Blvd.Approaching the beach head-on down the hill from Westwood somehow seemed a lot more exciting than sneaking up behind it from Santa Monica Blvd.Years later, I frequently retraced this route as a UCLA graduate student, even though I had conquered my fear of freeways by then.To me, Wilshire Blvd. remains the most glamorous street in the world and is the very epitome of Los Angeles.