Both spellings are acceptable although it's spelt with an 'o' in all the signs there.

Our flight home was at 4 pm, giving us plenty of time to do some sight-seeing because Macao is small. So we hopped into a taxi and told the guy we wanted the best Portuguese egg tarts. He drove around, till we got to a little town, and pointed to an old shop. Bought 6 to go (MOP6/RM3/US$0.90 each), noticed the sign said 'Lord Stow Bakery' (' Creator of Egg Tarts Now Famous Throughout Asia estb. 1989') and behind the shop, a quaint little Lord Stow Cafe. 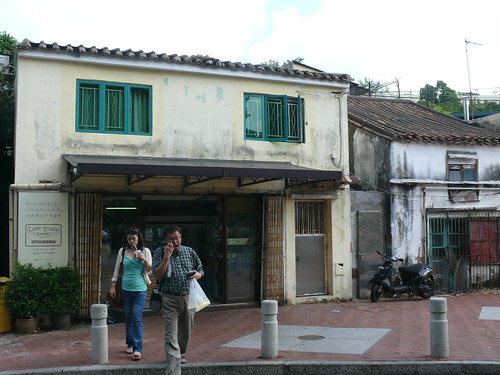 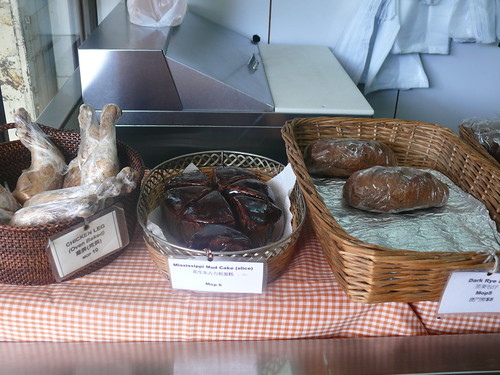 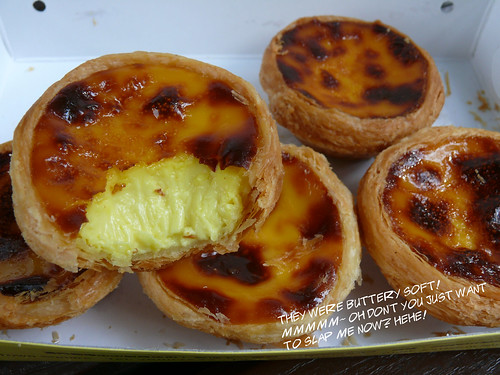 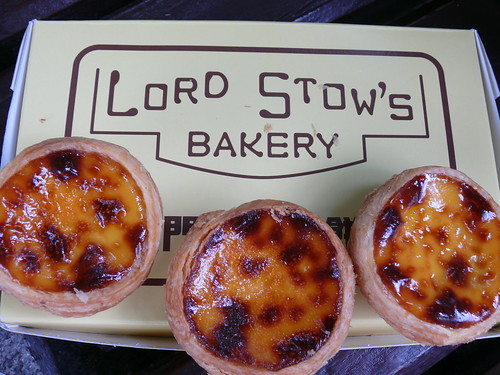 People tell me these tarts are over-rated, but I beg to differ. I find them very delicious: light crispy flaky pastry with perfect caramelized-top egg custard that's barely sweet. Apparently Lord Stow's tarts are made with the best ingredients sans preservatives. There are lots of egg tarts imitators and when I got home, I chanced upon an article in Food & Travel magazine (May 07) which featured Macao. In it, they only recommended Lord Stow's in Taipa and Margaret's Cafe e Nata, presumably on the mainland. Apparently these two used to be husband and wife. At least they still have something in common.

Next stop was to the best pork chop bun place, and again he knew exacty where to go, this time to the mainland. On the way, we passed Black Sands, a famous beach with black sand (what else), casuarina trees and well-maintained mansions and apartments. You get a feel of old Macao. I like the place. Kinda like KK when I was growing up. 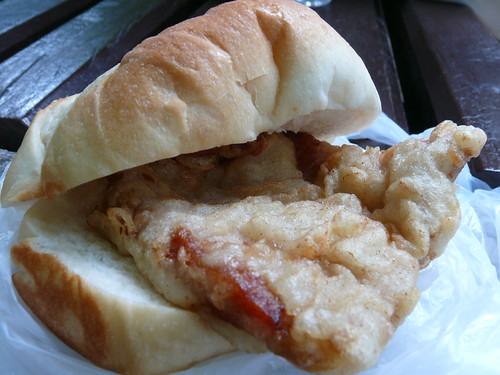 Just a battered piece of pork chop on a bun but Yi liked it. 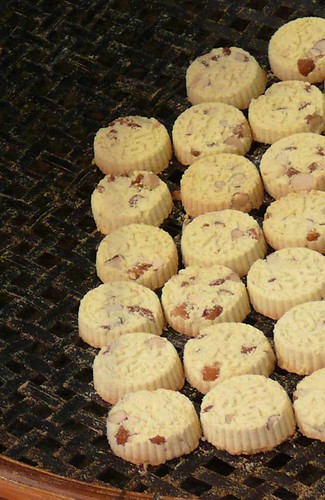 Gave them all away as presents so can someone buy me some? 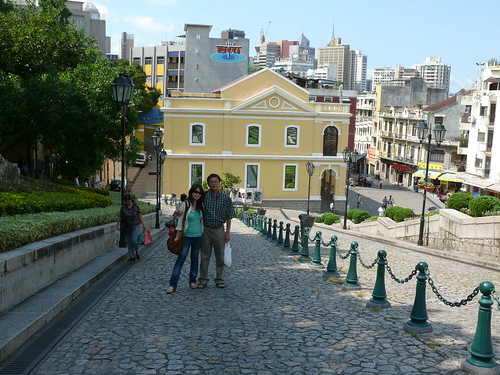 Macao is really quite charming. 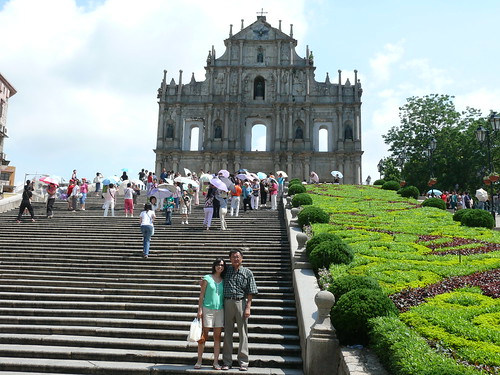 Everybody must go to The Ruins of St. Paul and take that customary photo, so we did. It was a hot 33 C day, and Yi was running a fever and chills at the same time. Hub was melting and complaining. 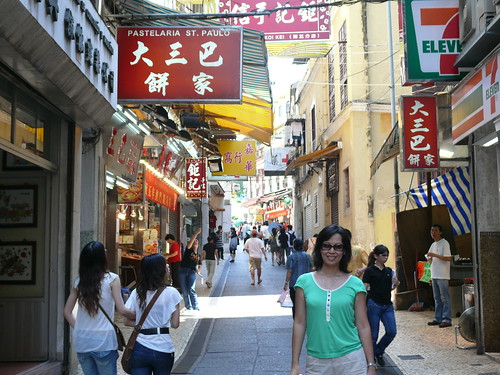 Cobble-stone/tiled streets around the Senado Square 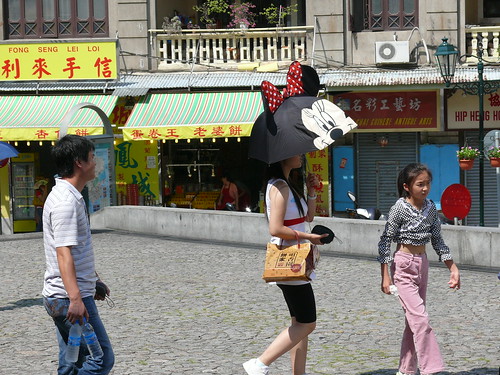 We walked through Senado Square quickly, with even me sweating from every pore. Back to the hotel, showered and slept till time to go! Now my advice is, do Senado Sq in the evening, when it's cool and romantic. Or go to Macao when the weather's kinder. It's small but there's lots to see (ok, it's still better than Penang but not the food ) and come December when that Venetian casino is more established, it'll be great to spend a weekend there. Not necessarily to gamble, but to gawk at the grandeur of the new casinos and hotels, plus grab some free drinks :) 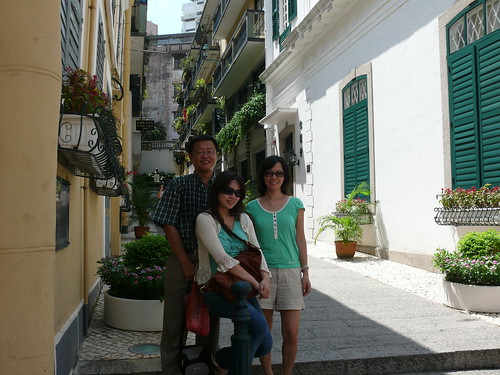