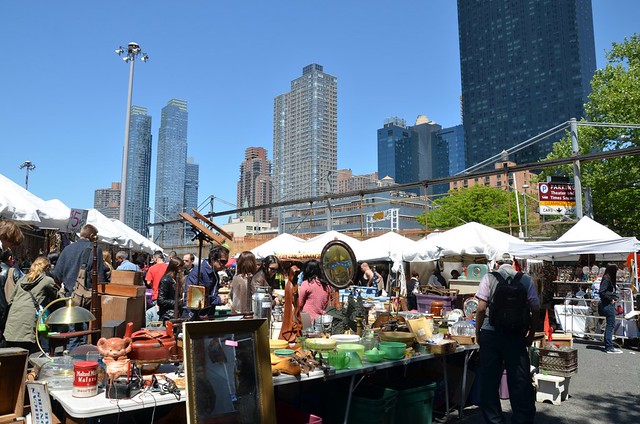 Avoid the Hell's Kitchen Flea Market. It's small and the junk's not worth a look. 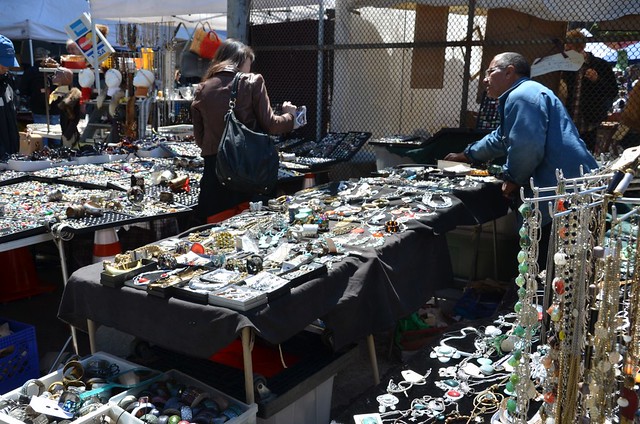 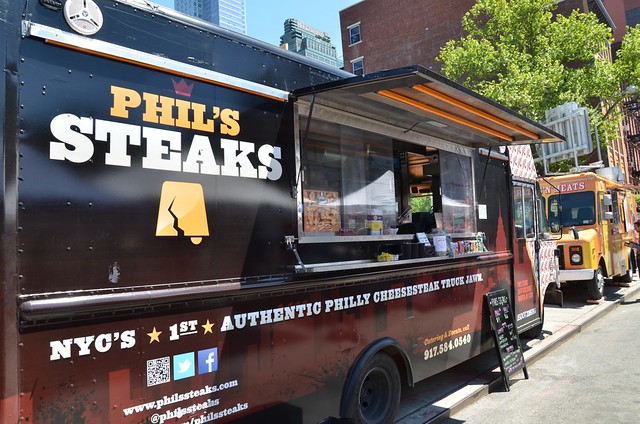 There were only 4 food trucks on the day we were there. 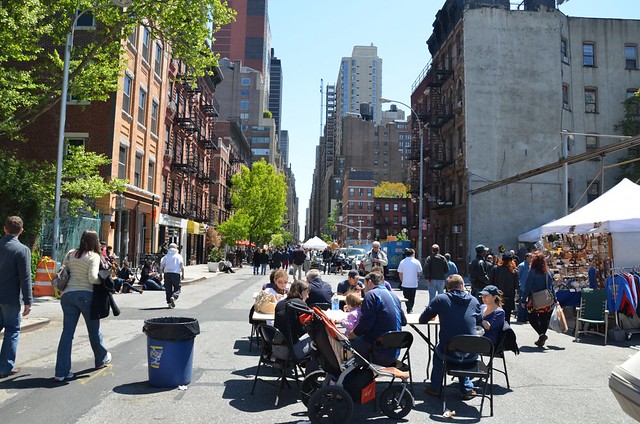 I thought Hell's Kitchen was where I could get some grub from Gordon Ramsey. Instead, there were overpriced food trucks. We walked all the way from Hell's Kitchen to Highline, which is in the Chelsea area where we were staying. Talk about bad planning

Highline is a 1.6 km/1 mile linear park built on abandoned railway tracks elevated about one storey above ground level and the park stretches from 12th Street to 30th Street in lower Manhattan. I've never heard of Highline, to tell the truth, until my daughter excitedly explained it to me. The park was opened less than a year ago, in June 2011. I think it's a brilliant idea to turn abandoned railroad tracks into parks, especially those tracks that run above ground. It makes the walk in the park so much more interesting because you get to see the city and the neighbourhood. The landscaper kept the vegetation true to the tracks, using wild grass and flowers that grew on the unused tracks. It got rather hot as we walked and being so open, it's a good idea to bring a cap. They even installed drinking fountains from which deliciously cold water spout.

We walked about 45 minutes, stopping to take photos and view the city from small rest points that juts out over the streets. Highline gives me hope that one day the LRT tracks in KL can also be turned from a hideous stretch of concrete into a nice green park. Before they do that, they better look into making Kl a safer city. The crime rate in NYC has dropped so much that not a single crime has been committed in the park since it was opened. Take that, KL. That circular elevated train track in Sydney--what's the ride called--is another good candidate for linear park. All ugly useless elevated train tracks should be turned into Highlines. 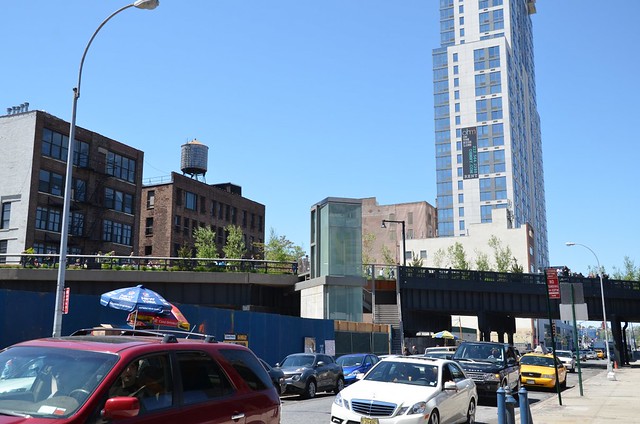 A staircase leads up to the park. 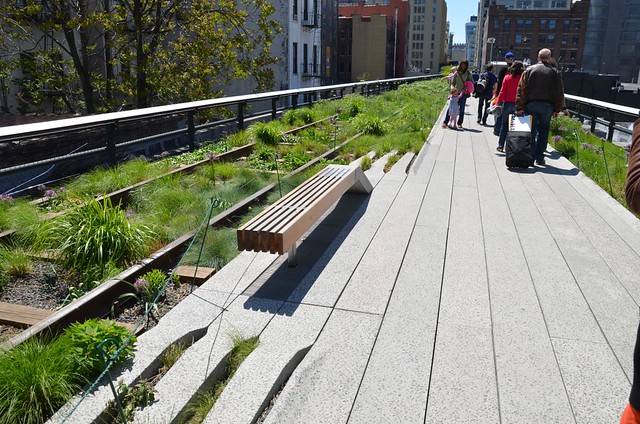 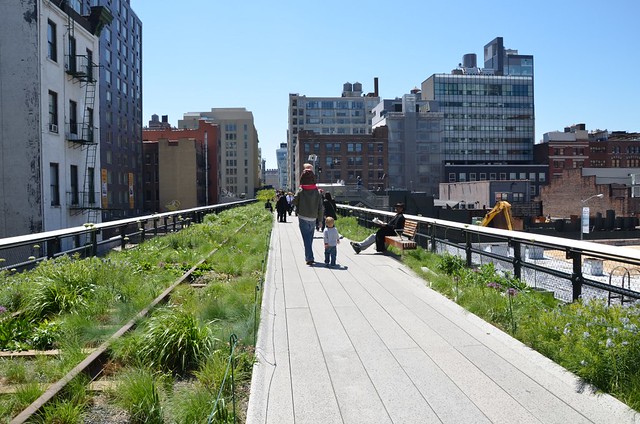 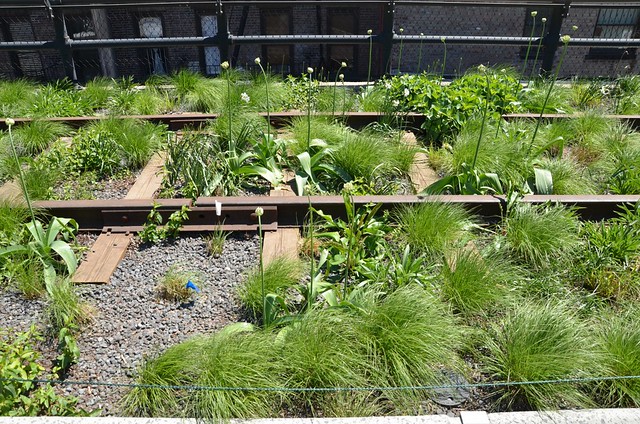 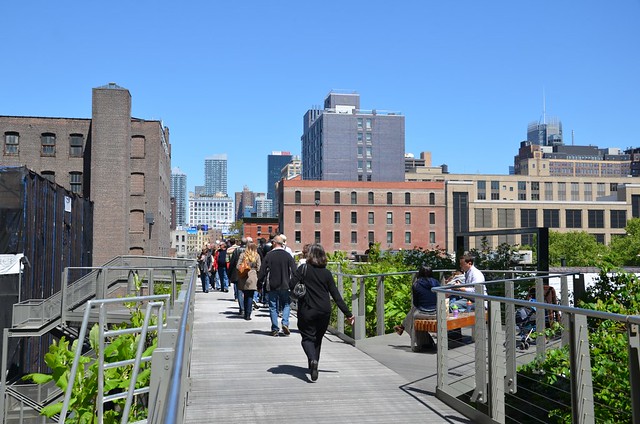 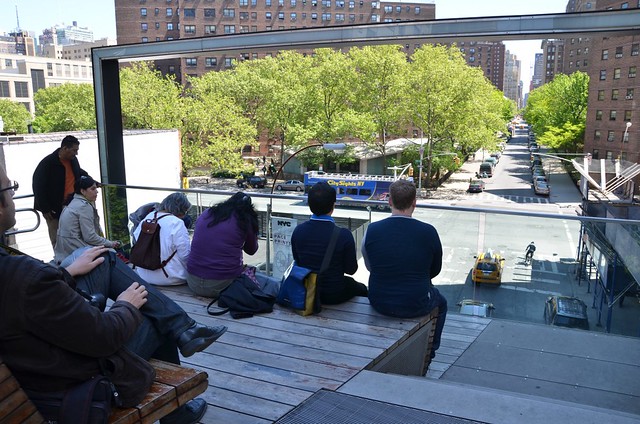 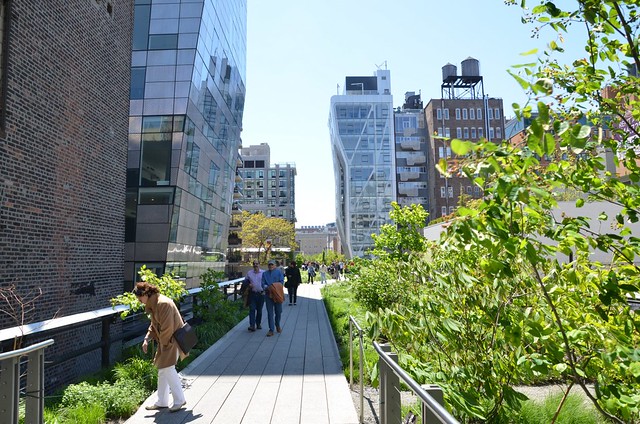 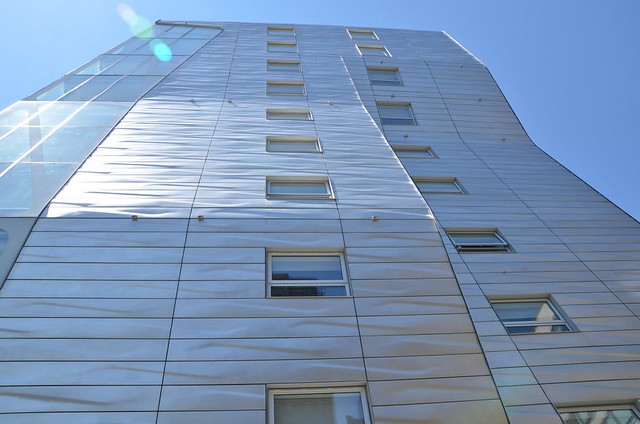 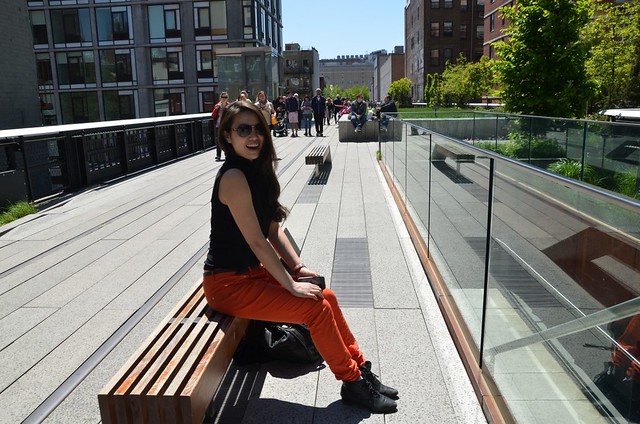 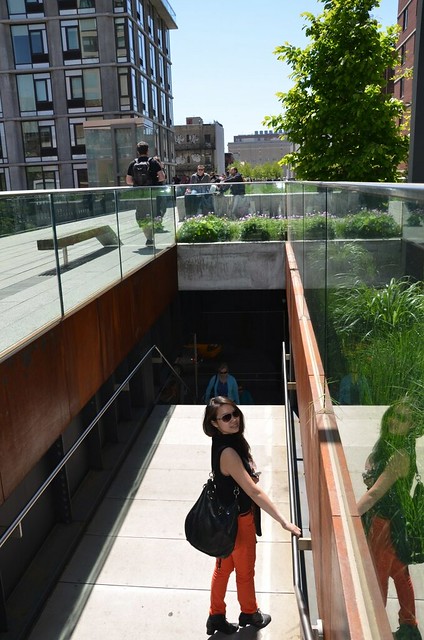 You can get off at several streets. I think we got off at 28th St.