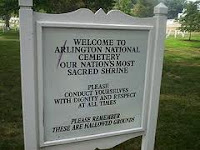 Arlington House during
theCivil WarWhat began as a burial ground during the Civil War in 1864 has become one of our most revered national cemeteries, Arlington National Cemetery (ANC) in Virginia.  But all is not tranquil there. 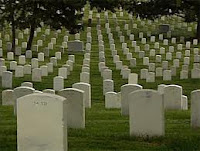 Extensive paperworkANC began making news in 2008 when questions were raised about cemetery management.  Then in 2010 it was discovered that there were problems with some of the paperwork corresponding with burial locations.  An investigative audit was scheduled.  Two weeks ago, the findings of this audit concerning improperly marked graves at Arlington made news.   It was reported that almost 65,0000 graves at ANC may have discrepancies, including graves being improperly marked, gravesites not found where indicated, and graves left unmarked. Rectifying the problem will be troublesome since much of the cemetery paperwork is inaccurate or missing. 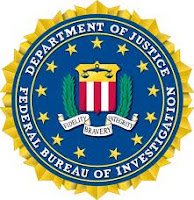 Last December the Army announced that a criminal investigation had been launched into the misplacement of remains at Arlington.  Then in June 2011 the FBI was requested to assist in the investigation.

Higginbotham at ANCThe cemetery’s administrative personnel have been investigated numerous times by the U.S. Army in the past twenty years.  No major actions were taken because, reports indicate that a plan of disciplinary action was never agreed upon.  But enough finally became enough. In May 2009, an Army Criminal Investigative Command investigation announced that Deputy Cemetery Superintendent Thurman Higginbotham had lied under oath, had lied to Army investigators about accessing employee’s files, and had engaged in sexual harassment. Higginbotham was placed on administrative leave.

Metzler with President BushHigginbotham and Cemetery Superintendent, John C. Metzler, Jr. were also charged with being negligent in refusing to use a computerized database that would have “triple verified” burial records at Arlington.  Metzler was fired from his position for improper management of the cemetery. He had held the title of Cemetery Superintendent for nineteen of those twenty years it was under scrutiny. Both Metzler and Higginbotham retired with full benefits.

A 'problem' grave  The Army’s ANC Gravesite Accountability Task Force announced on December 22, 2011, that they had discovered that 211 graves were unmarked or improperly named.  After reviewing almost 260,000 graves and comparing information to 510,000 records, only 196,000 graves were validated. A count of 64,230 have been discovered to have problems ranging from minor paperwork errors, to misspelled names on gravestones, to mislaid bodies, according to their report. That’s about 25% of the burial sites located in Arlington.

Arlington Graves & FlagsThe Arlington National Cemetery Gravesite Accountability Task Force is now trying to reconcile records and conducting a physical identification of each grave in the cemetery.  Every marker will be counted and each headstone will be photographed so that all of Arlington’s records will be available on one database and act as a reliable record of the cemetery.  That would account for over 320,000 remains in the 624 acres cemetery.  The Task Force expects to have the situation resolved by summer.  While progress is being made in the Arlington case, it appears that these situations are becoming too prevalent.  We must begin holding those accountable for these “problems” that continue to plague our deceased service men and women.