I've had most of Rackham's Cadwallon miniature line for about a decade sitting in a box collecting dust. While they don't seem very amazing now, at the time, there was nothing else like them - exquisitely detailed, 32mm fantasy miniatures with dynamic, interesting poses and a uniquely quasi-medieval/quasi-Victorian aesthetic. If you've ever read Terry Pratchett's Discworld series, these miniatures really epitomized the characters from the Ankh-Morpork subseries (prior to the release of Micro Art Studio's licensed Discworld 28mm line) - somewhat arcane, somewhat advanced, with a dash of the cartoonish. The problem was, they were just so nice and so detailed, I never felt my skills had been up to tackling them. Enter Frostgrave - an easily approachable fantasy skirmish game that finally gave me an excuse to crack open the box.

This is my first warband with at least another one or two planned just from what I currently have. The bases are CMON's excellent "Mystic" base set. 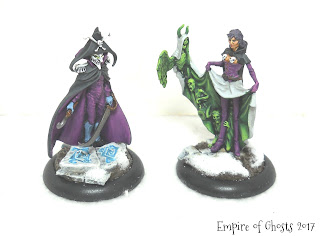 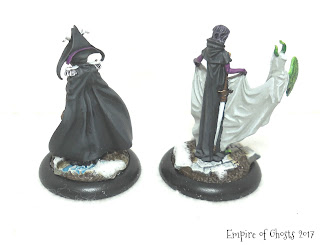 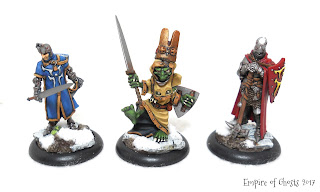 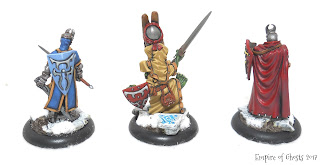 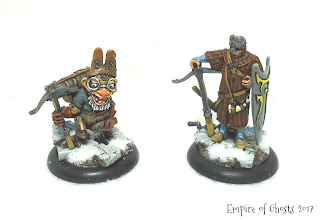 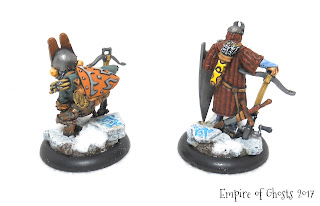 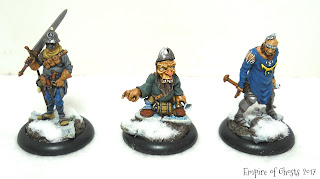