Because of the rising costs of electricity and a growing trend to "go green," more people are turning to alternative cooling methods to spare their pocketbooks and the environment. Big businesses are even jumping on board in an effort to improve their public image and lower their overhead.Ice cooling systems are one way that businesses are combating high electricity costs during the summer. Ice cooling is as simple as it sounds. Large tanks of water freeze into ice at night, when energy demands are lower. The next day, a system much like a conventional air conditioner pumps the cool air from the ice into the building. Ice cooling saves money, cuts pollution, eases the strain on the power grid and can be used alongside traditional systems. The downside of ice cooling is that the systems are expensive to install and require a lot of space. Even with the high startup costs, more than 3,000 systems are in use worldwide [source: CNN]. 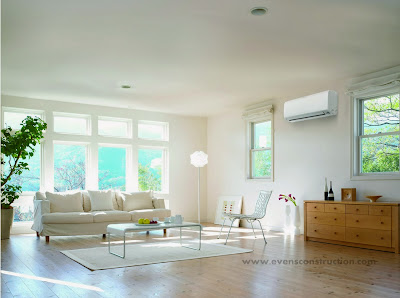 An ice cooling system is a great way to save money and conserve energy, but its price tag and space requirements limit it to large buildings. One way that homeowners can save on energy costs is by installing geo-thermal heating and cooling systems, also known as ground source heat pumps (GSHP). The Environmental Protection Agency recently named geo-thermal units "the most energy-efficient and environmentally sensitive of all space conditioning systems" [source: EPA].Although it varies, at six feet underground the Earth's temperatures range from 45 to 75 degrees Fahrenheit. The basic principle behind geo-thermal cooling is to use this constant temperature as a heat source instead of generating heat with electricity.The most common type of geo-thermal unit for homes is the closed-loop system. Polyethylene pipes are buried under the ground, either vertically like a well or horizontally in three- to six-foot trenches. They can also be buried under ponds. Water or an anti-freeze/water mixture is pumped through the pipes. During the winter, the fluid collects heat from the earth and carries it through the system and into the building. During the summer, the system reverses itself to cool the building by pulling heat from the building, carrying it through the system and placing it in the ground [source: Geo Heating].Homeowners can save 30 to 50 percent on their cooling bills by replacing their traditional HVAC systems with ground source heat pumps. The initial costs can be up to 30 percent more, but that money can be recouped in three to five years, and most states offer financial purchase incentives. Another benefit is that the system lasts longer than traditional units because it's protected from the elements and immune to theft.