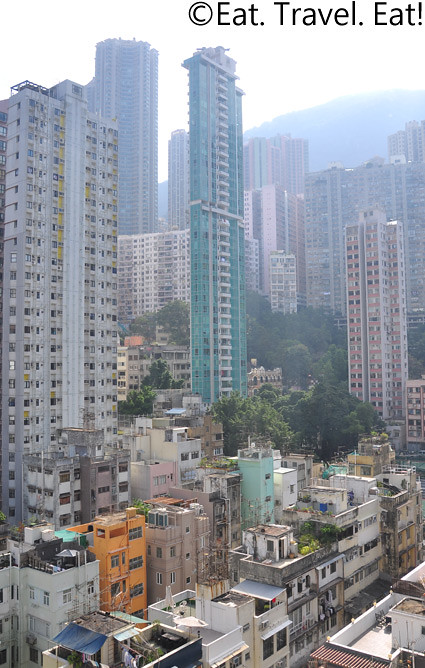 After breakfast, I headed off to Sheung Wan with my companions to visit some friends, and soon enough it was lunch already! So, being the territory that my friends knew best, they decided on the location for lunch. Their choices always rotates on restaurants in the walkable vicinity, so every time with them we visit a different restaurant. 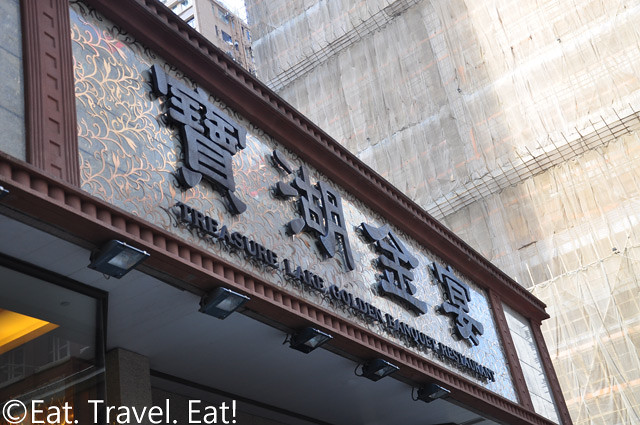 So when I thought we were actually going to Treasure Lake Golden Banquet Restaurant for lunch, I was in for a surprise. For some background information, the reason why I though we would be eating at Treasure Lake was that we had dinner here during our last visit, and it was quite pleasant-- great modern style interior and tasty food. 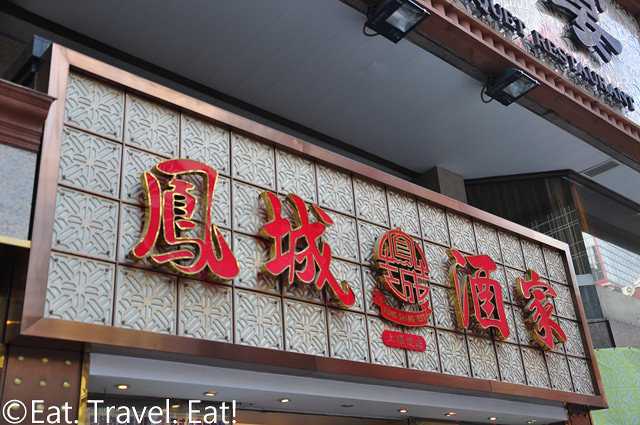 We were instead going to the restaurant right below, Fung Shing Restaurant. It is much more traditional style in terms of the interior of a banquet style restaurant. 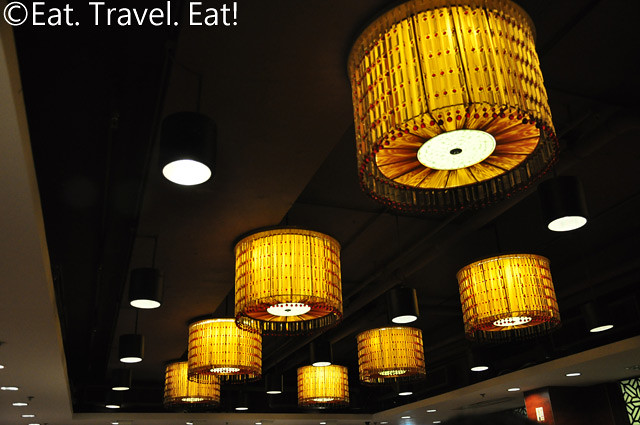 Inside there were some modern design elements, but overall the restaurant did feel older and more traditional in terms of a Chinese banquet restaurant. We ended up ordering another set meal again, and even over-ordered asking for a set meal for eight people when we only had seven! That would be a wrong choice; as evident by Very Good Restaurant's set meals, set meals in Hong Kong are quite large in size! 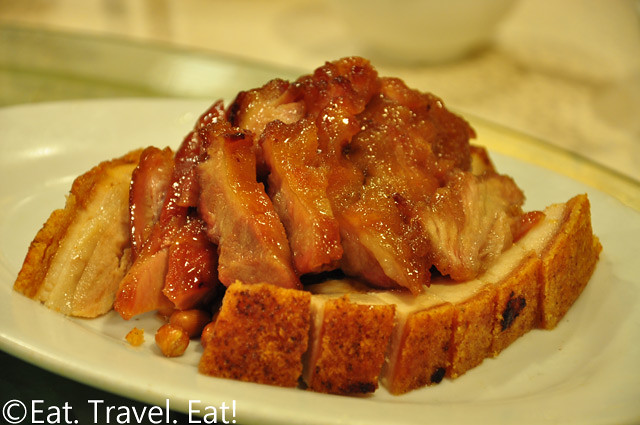 First up was a platter of Chinese barbequed pork (cha siu), roast pork (siu yuk/yook), and peanuts, which was served with a side of hot mustard. The barbequed pork was tender, cut thinly, with plenty of honey flavor while the roast pork on the other hand was not too fatty with a very crispy skin and flavorful pig meat. Dipped in the hot mustard it was delicious-- the mustard cut down on the fatness of the pork while providing additional flavor. I also liked the fact that the barbequed pork did not have the bright red tinge, meaning that probably no food coloring was added. 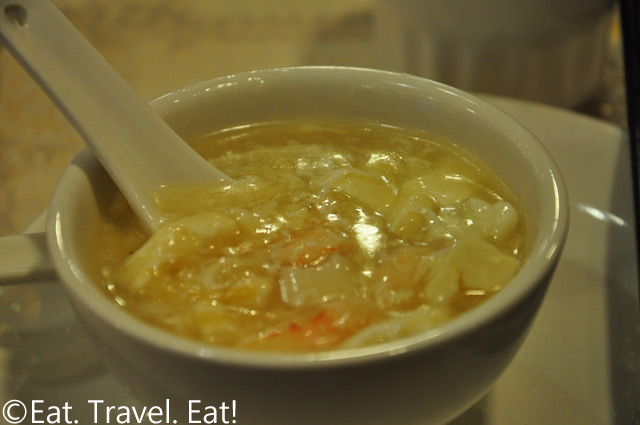 Next was a large bowl of crab and shrimp with tofu and egg soup. It was very light in terms of flavor; some of you would probably call it "flavorless." This could have been executed better had there been fresher seafood and more seasoning, but then again Chinese set meals in my experiences usually do not offer the restaurant's best items but rather what they happen to have plenty of or need to get rid of. 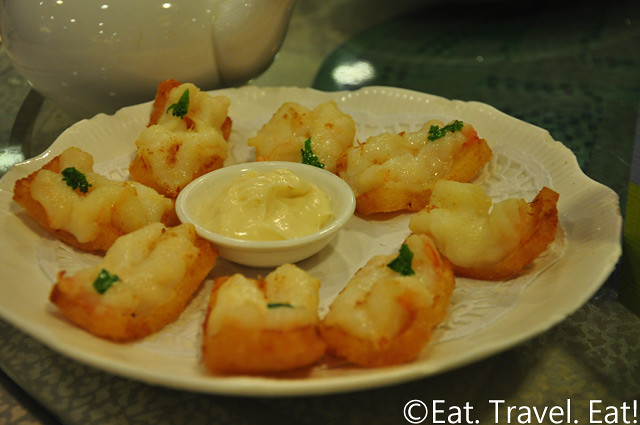 It was my first time having shrimp toast with mayonnaise; if you have read my blog for a long time you'll notice that I usually will not intend to order fried foods. The dish anyway consisted of thin rectangular pieces of white bread which were fried with shrimp. With the mayo it was quite delicious, but then comes the question of "shall I indulge or not?" Fung Shing's set menu did not tell us exactly what the dishes would be so this was a surprise. 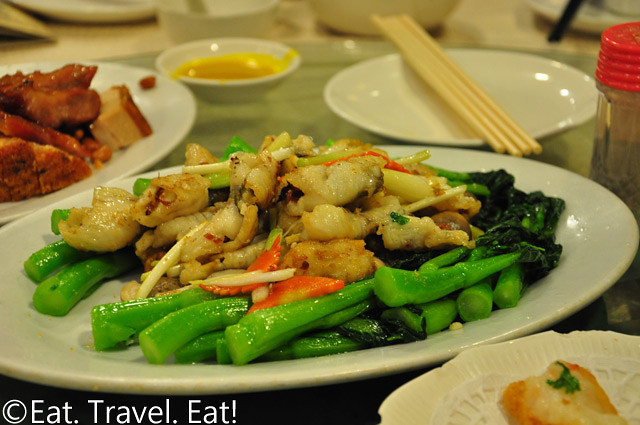 I found this fish course quite interesting in that the fish was rolled with bamboo and king oyster mushrooms and then pan fried-- a preparation that I have never seen before. Carrots, vegetables, and aromatic yellow leeks were added to the wok and choy sum vegetables were presented on the sides of the dish. Overall the preparation was quite interesting, but this was quite oily! The fish in terms of taste was fine, tender but not very fresh. 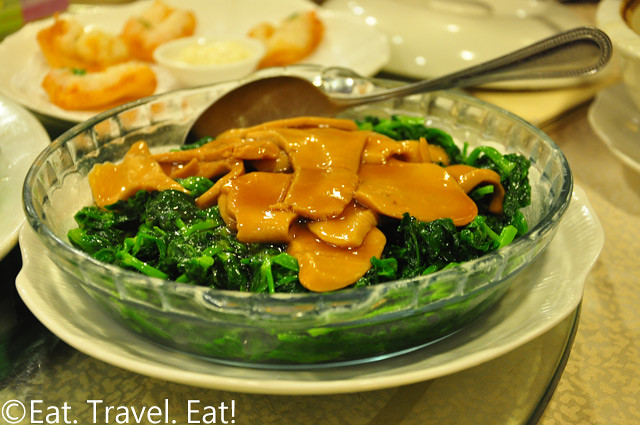 We were quite satisfied with this platter of pea tips with abalone sliced placed on top. The pea tips were crunchy and not too oily, while the abalone and sauce provided additional flavor. I think the abalone was canned though, just like at Very Good. Otherwise this would become a very expensive dish! 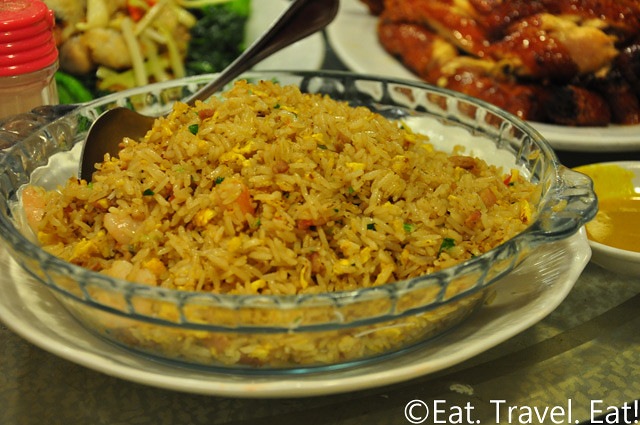 The fried rice was average, but provided plenty of carbohydrates to go along with the meal! It was a simple preparation with some shrimp that was not very fresh. 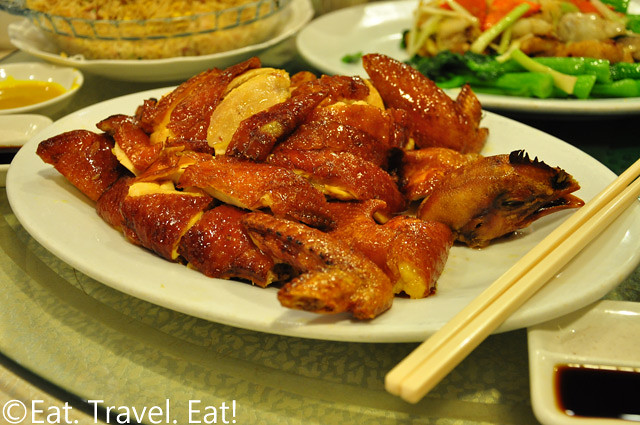 We wished that we could have switched courses when we saw this crispy chicken placed on the table; again here was something that was oily. A regular poached chicken would have probably tasted better. The chicken was tender but was not very juicy or flavorful- it definitely needed sauce to go along with it. 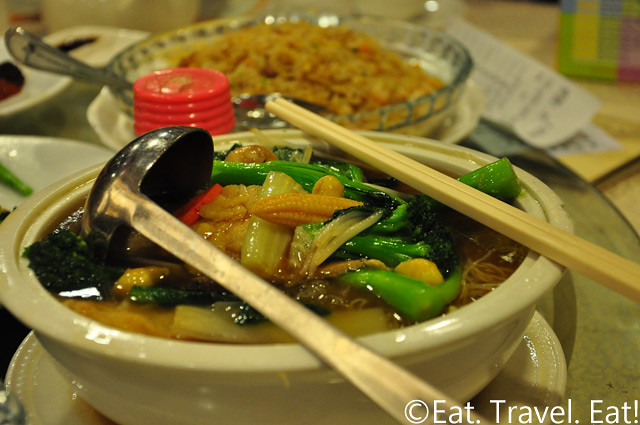 Last we ordered a mixed vegetable noodle soup, which had a wonton soup base, bouncy egg noodles, and a variety of fresh vegetables on top. The soup base was very strong in flavor though, but otherwise this was a perfectly fine light noodle soup. 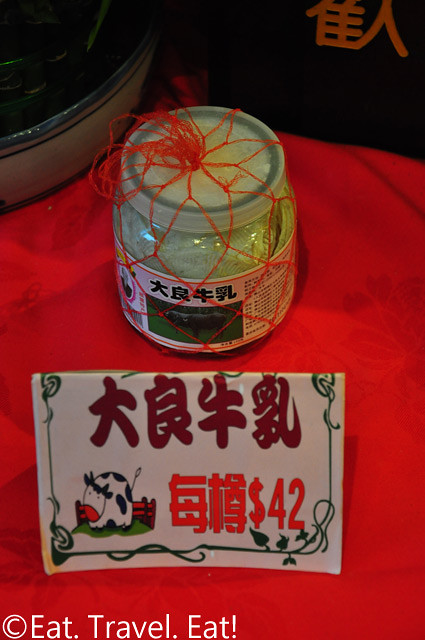 We ended the meal with plenty of leftovers; again this is why ordering by your yourself is better than relying on set menus that serve large parties. For the rest of the trip we remembered to order by ourselves and definitely had better experiences.

Now what is the content on the jar above? My friend told me to take a picture of it first, and then explained to me that this is the top of milk dried and has a salty flavor. Interesting product right? 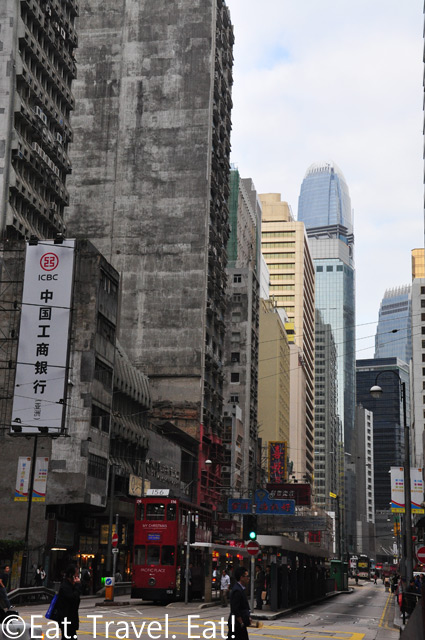 Walking outside we noticed a great example of how architecture varies in Hong Kong-- there is a mix of old and new buildings everywhere. In the foreground is Sheung Wan while the tall building in the background is the IFC building. 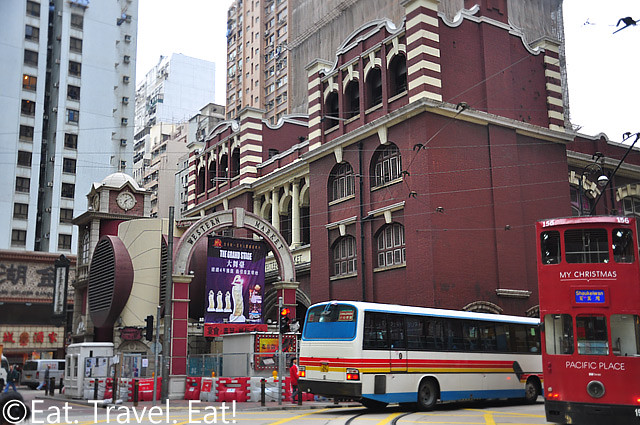 We also passed by the Western Market while walking out from Fung Shing, but didn't go inside. The ferry terminal to Macau is very close by from Fung Shing actually. That's how convenient Hong Kong is! Instead of taking the MTR, a ten minute ding ding tram (the Pacific Place one is an example) could bring us right back to our hotel. But in this case, we went back to the hotel via MTR (subway) after looking around Sheung Wan.