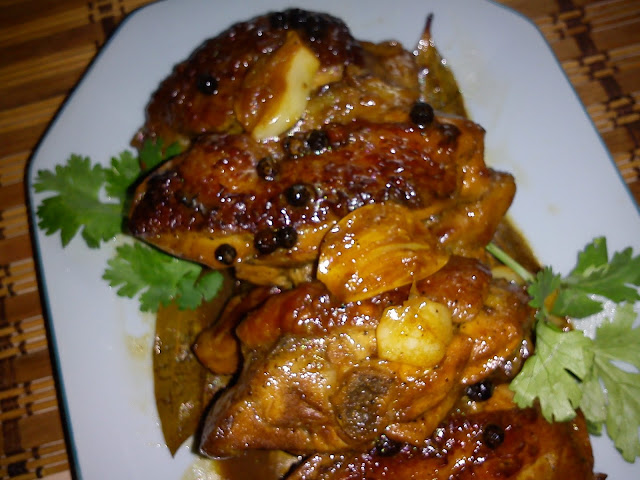 One of my best friend and so called Swiss 'brother' Heinz was married to a Filipino lady of American and Chinese descend, Edith.  During our [me and my hubby] last visit to their home in Cebu, Philippines, we got to try many interesting Filipino dishes.  Some are authentic Filipino dishes while several are a mixture of flavours ranging from Swiss to Spanish and Mediterranean. The ones which we particularly remembered and liked are the Lechon, Pork Braten and Chicken Adobo.  Of course, we loved the simple fresh salads and boiled potatoes prepared by brother Heinz which go so well with the meat dishes. We were never tired of the Chinese steamboat dinners [at home or at the restaurants] which we enjoyed whenever we met either in Switzerland, Philippines or Malaysia. 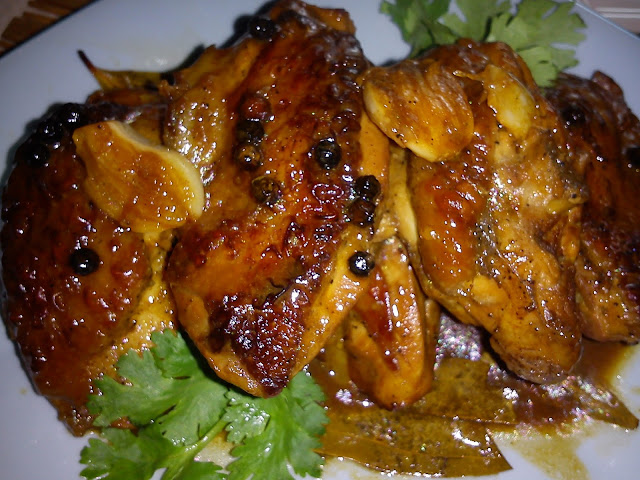 Back to this Chicken Adobo, it is quite similar to the Chinese braised soy sauce chicken but with the addition of vinegar, bay leaves and black peppercorns.  In fact, there are quite a number of Filipino dishes which taste sourish.  Either vinegar or lemon/lime juices are use in the preparation.  There are some meat dishes with Chinese influence too like their pig trotter stew which they also called 'hong bak'.  This recipe is very basic Chicken Adobo recipe which I modified slightly. It tastes savoury, sourish and has the flavour and aroma of black pepper.   It's awesome. 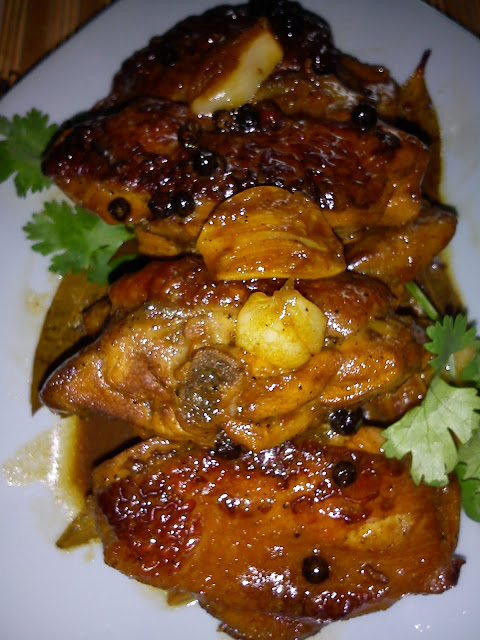 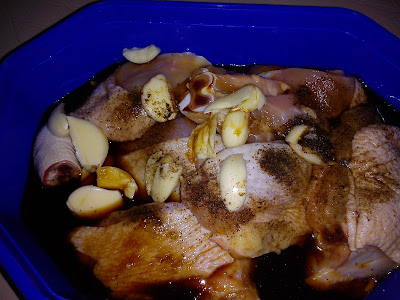 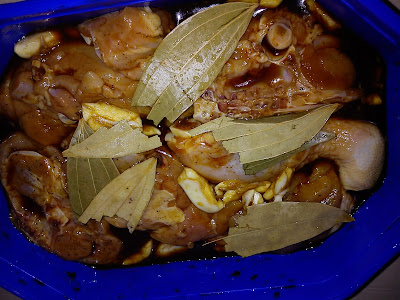 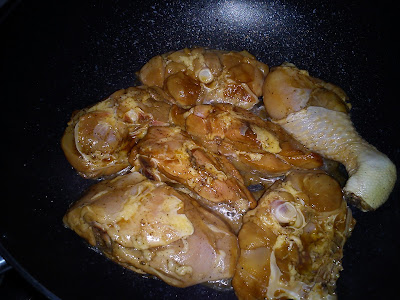 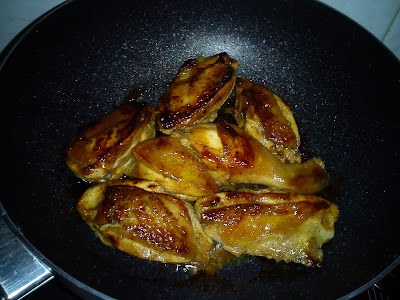 Marinate chicken pieces with all the ingredients except whole black peppercorns, salt and water for 1-2 hours or overnight.Heat up a non stick pan, put in the marinated chicken [skin side first] to cook until nicely browned.  Flip over.Pour in the marinating sauce and add in the whole black peppercorns and water.Bring to boil, cover then simmer for about 20-30 minutes over low medium heat until chicken is tender.Uncover and continue to cook until the sauce is reduced and thick.Dish up to serve with rice. 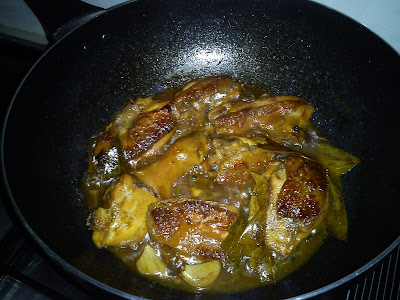 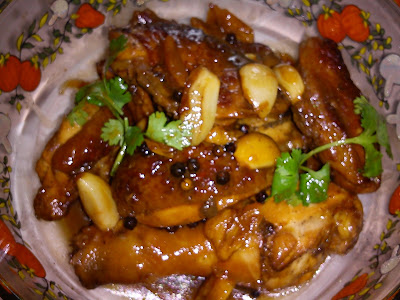 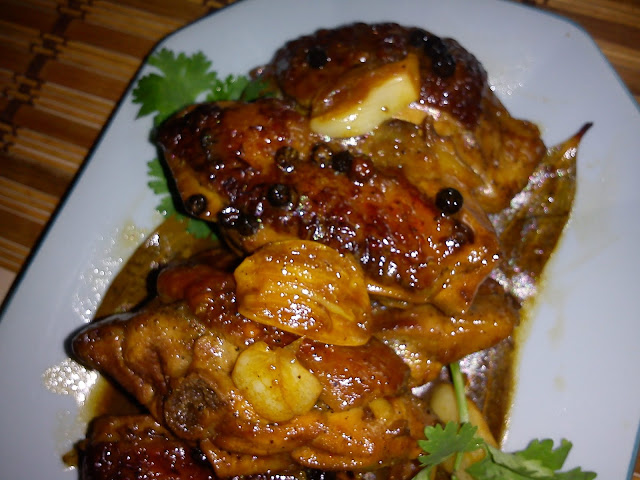