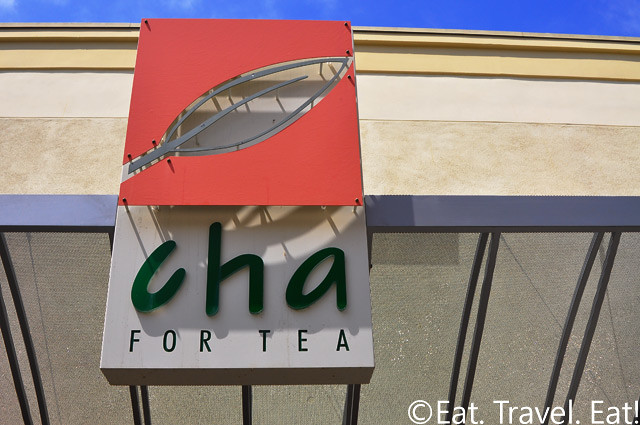 Although we have stepped into Cha for Tea a couple of times, we have never actually eaten there until recently, after (finally) visiting the weekend farmers market at the University Center (see Monster Munching's blog post for more information). The employees though have enthusiastically greeted us and familiarized us with their line of products, which come from Ten Ren, as the Cha for Tea chain is a subsidiary of Ten Ren. 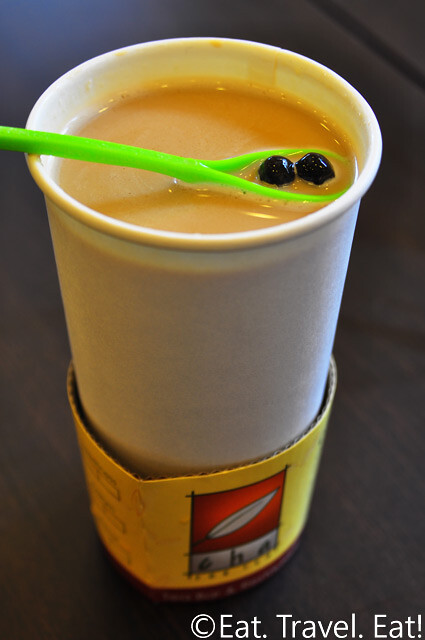 Cha for Tea lures customers into their stores by taking a Tevana-eqsue sales tactic: offering small samples of their products. This time, we were offered cups of hot almond black milk tea, of which we enjoyed so much that we ordered a large portion, coupled with pearls. (3.89USD + 0.60USD for large size + 0.47USD for pearls). Cha for Tea is open to adjustments, so we asked for no sugar in the tea; this led to a creamy tea that was barely sweet, with depth provided by the black tea and fragrance from the almond powder used in the making of the tea. The baristas actually try out the tea for each order to ensure that the quality is up to par. I didn't find the boba to be sweet though; it stayed chewy and soft, but its sweetness seemed to have seeped away from itself to the tea instead.
Unfortunately, I happened to spill this large cup of boba while photographing some other items below. However, the employees were still nice enough to make another full cup and gladly cleaned up the mess I created. I apologize for making such a mess! The second cup they made it with "less sugar", and that to me was perfect in terms of sweetness. 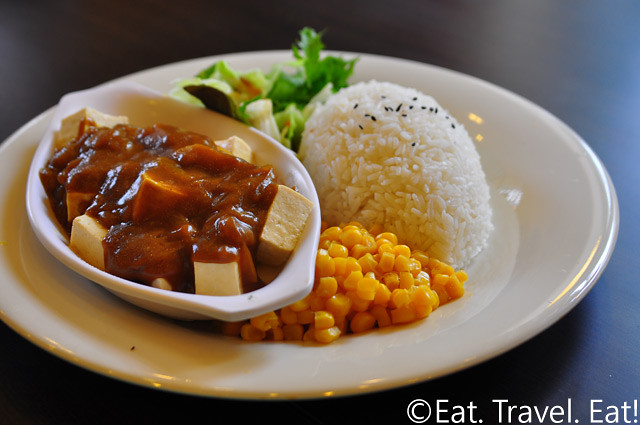 One of my companions ordered the curry tofu with rice (6.74 USD), which the sauce is apparently cooked with jasmine tea. Although we did not taste the tea in the curry, it was still a nicely composed dish. The tofu in this case was simply steamed and topped with the curry sauce, while the salad had a dressing in which my companion really liked. The corn on the other hand we did not care for; it was quite obvious it came from a can. 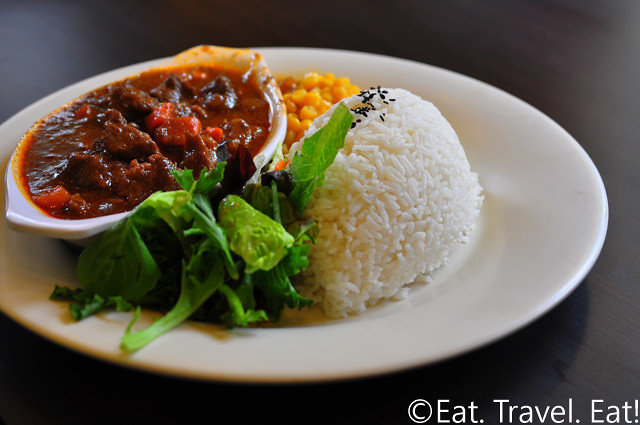 My Irvine friend ordered the beef stew with rice (6.74USD), which likewise had the same sides as the curry tofu dish. The beef stew apparently is cooked with pu-erh tea (a deep, strong flavored tea if it is of high quality), but the fragrant spices in the "szechwan sauce" made it very difficult to taste any of the tea flavor. Nevertheless we still liked this dish; the beef was tender, and there were plenty of vegetables in the stew. 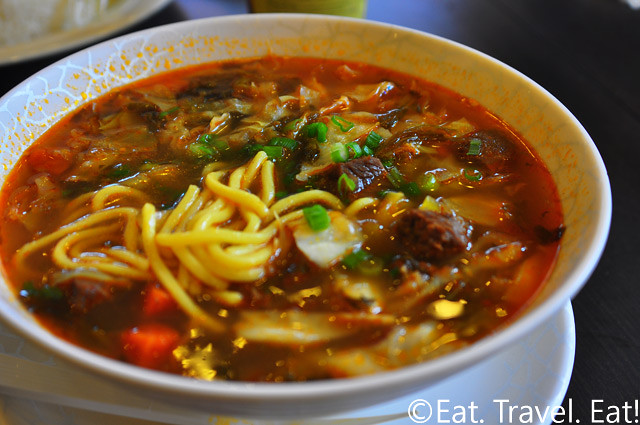 My Cha beef noodle soup (8.25 USD) seemed to be composed of beef stew with noodles (can substitute between egg or glass noodles), "sour mustard", crisp cabbage, green onions, and hot broth. It is a lighter preparation; not too bold in flavors or spice, which I appreciated.  The noodles were somewhat on the softer side, most likely due to the heat from the broth.

Cha for Tea is a good option, if not a tad expensive for some items, for people passing around the area. One will be able to find cheaper options for similar food and drink elsewhere, but nearby UCI, Cha for Tea is the place for higher quality tea and food served with a smile.