According to the dictionary, grief is “a deep sadness, sharp sorrow, keen distress, or mental anguish, caused especially by someone’s death.”

Put another way, grief is a natural response to the emotional suffering when you experience the loss someone you love - The more meaningful the loss, the more deep the sorrow. It’s no wonder we find so many symbols of grief personified in the cemetery. 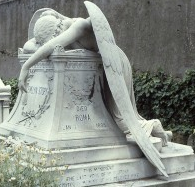 The Angel of Grief

Another well-known grieving statue is The Adams Memorial located in Rock Creek Cemetery in Washington, D.C. The statue was caved for the grave of Henry Adams wife. Augustus Saint-Gaudens was the sculptor and he called the bronze figure, “The Mystery of the Hereafter and The Peace of God that Passeth Understanding.” The public called it “Grief.”

Peace MonumentThe Peace Monument also known as the Naval Monument or the Civil War Sailors Monument in Washington, D.C. is often shown to depict grief and sorrow. Sculpted by Franklin Simmons, the two female statues represent Grief, who is weeping against the shoulder of History.

Here are a few more which symbolize the loss and mourning of those left behind.
Angels Angels are often shown in poses of grief and sorrow. They are God’s messengers and intercede on behalf of humans. Angels can be found weeping, mourning, or scattering the petals of life.
Weeping Angels: 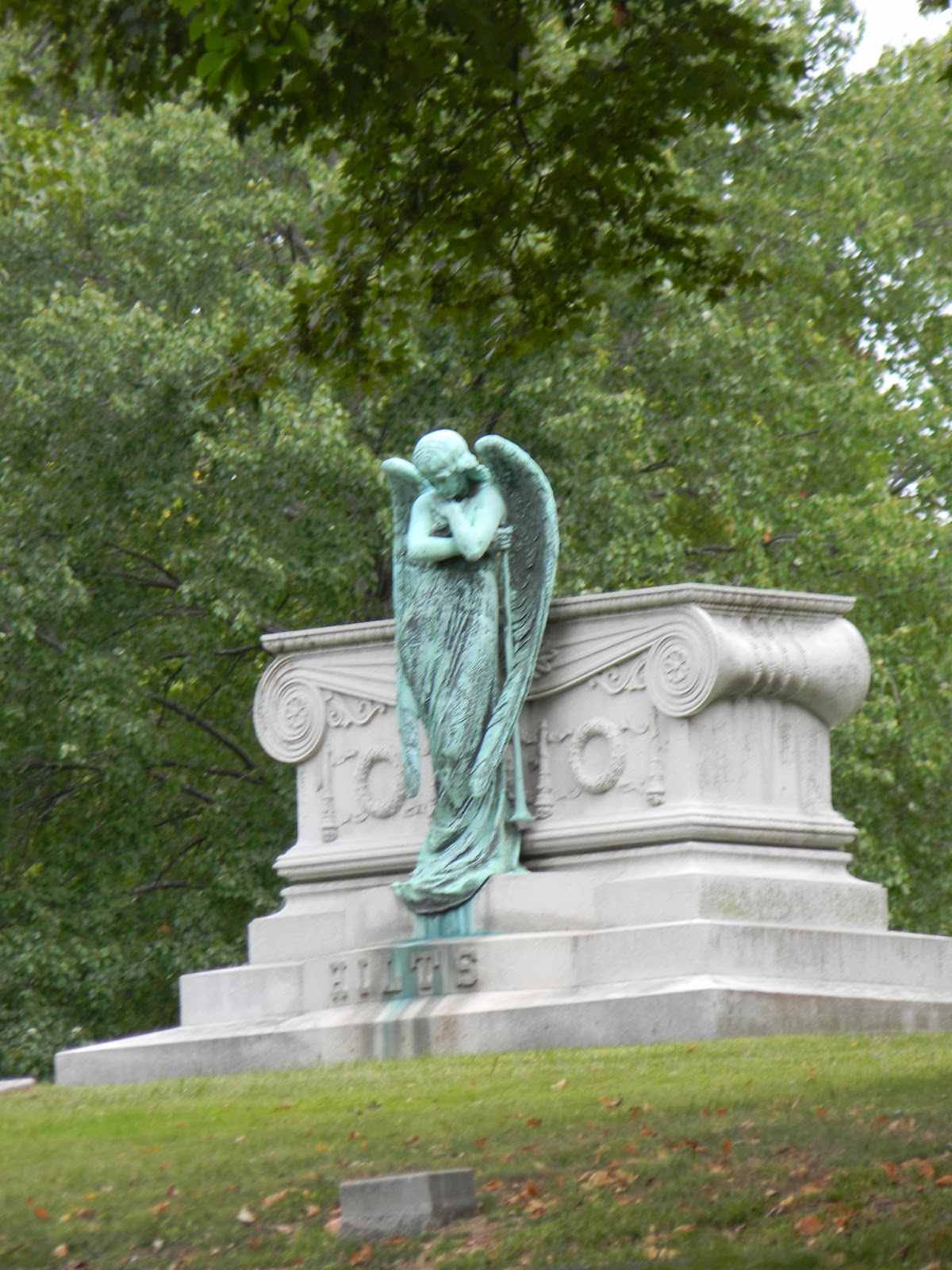 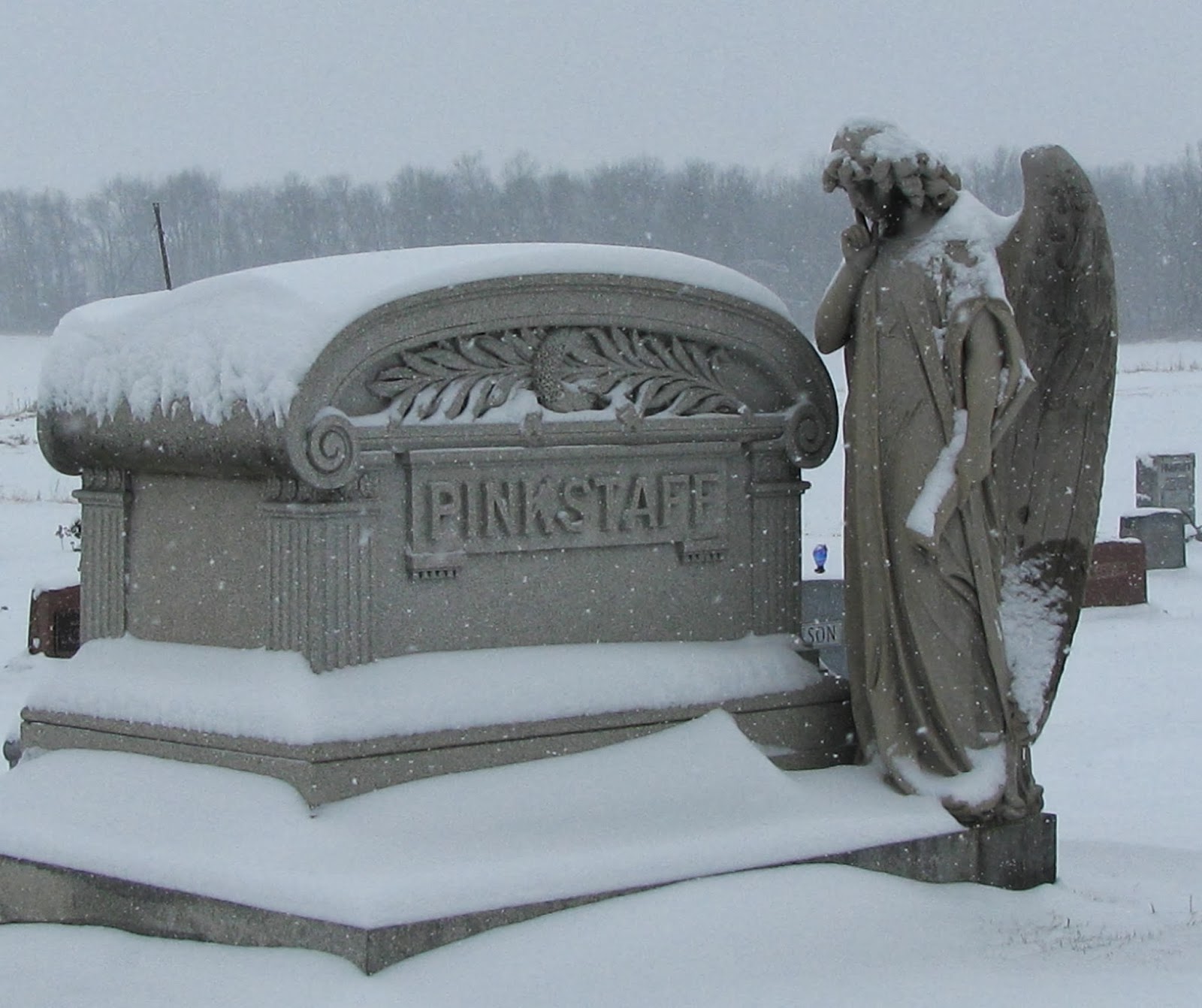 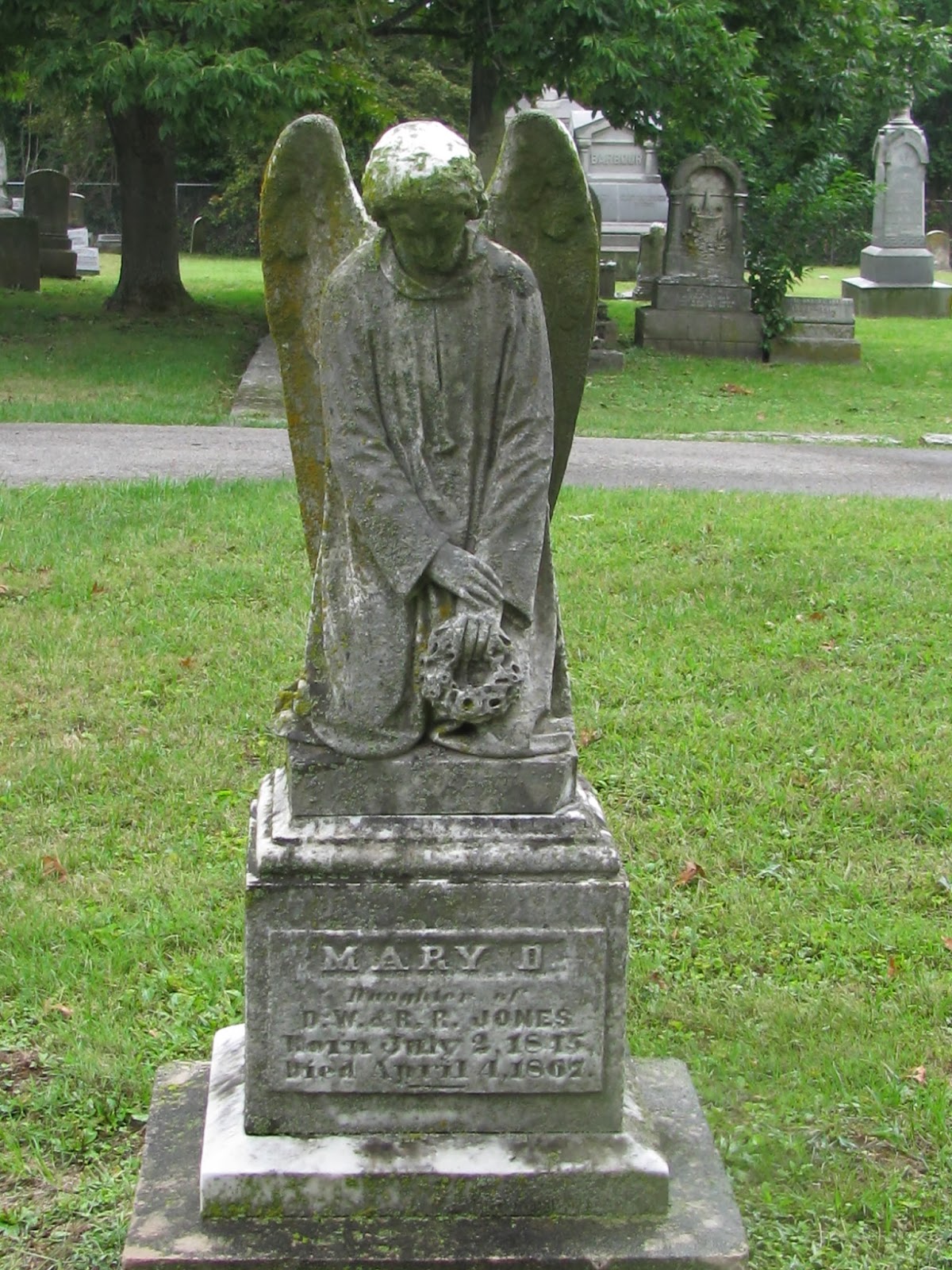 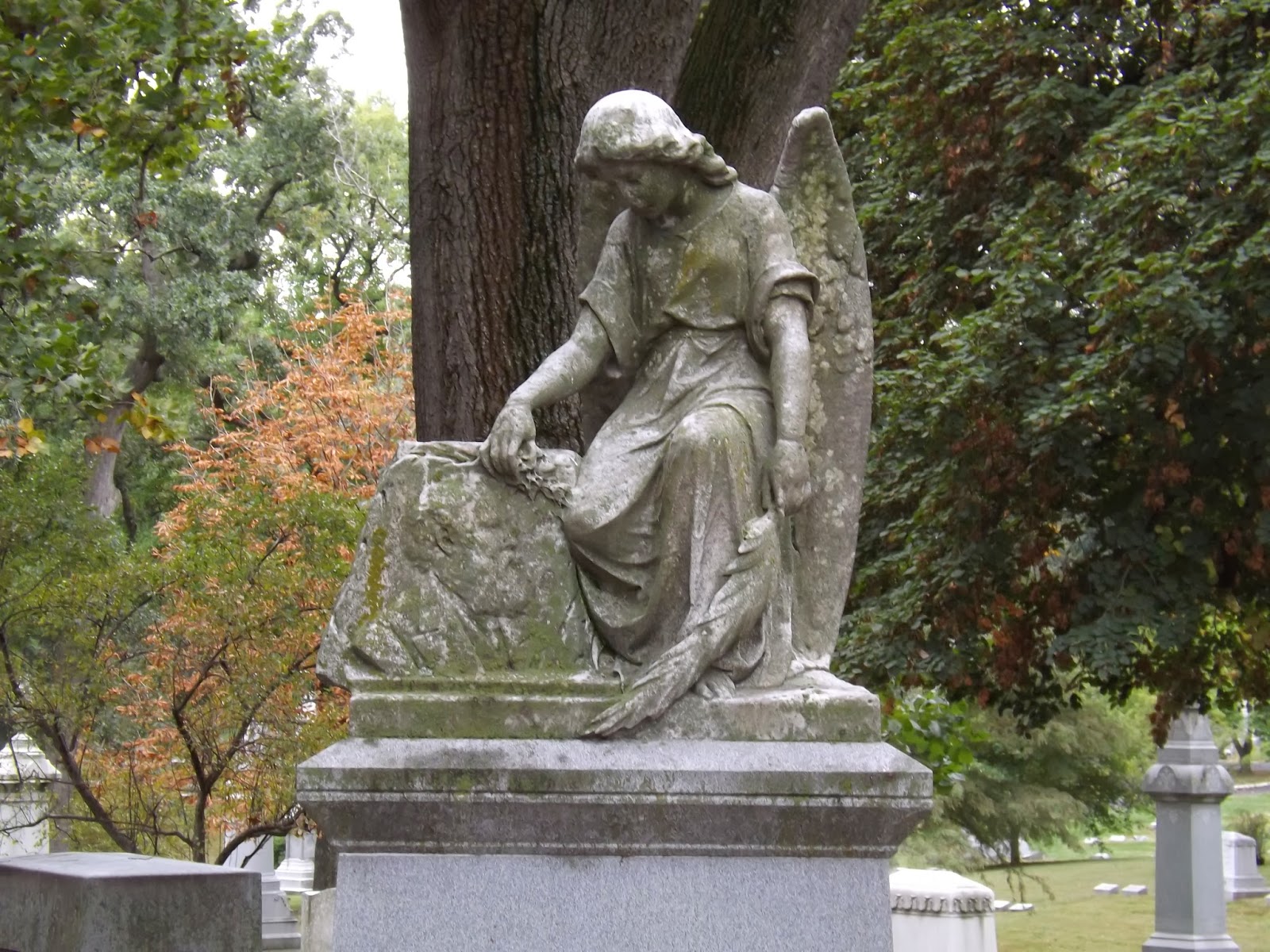 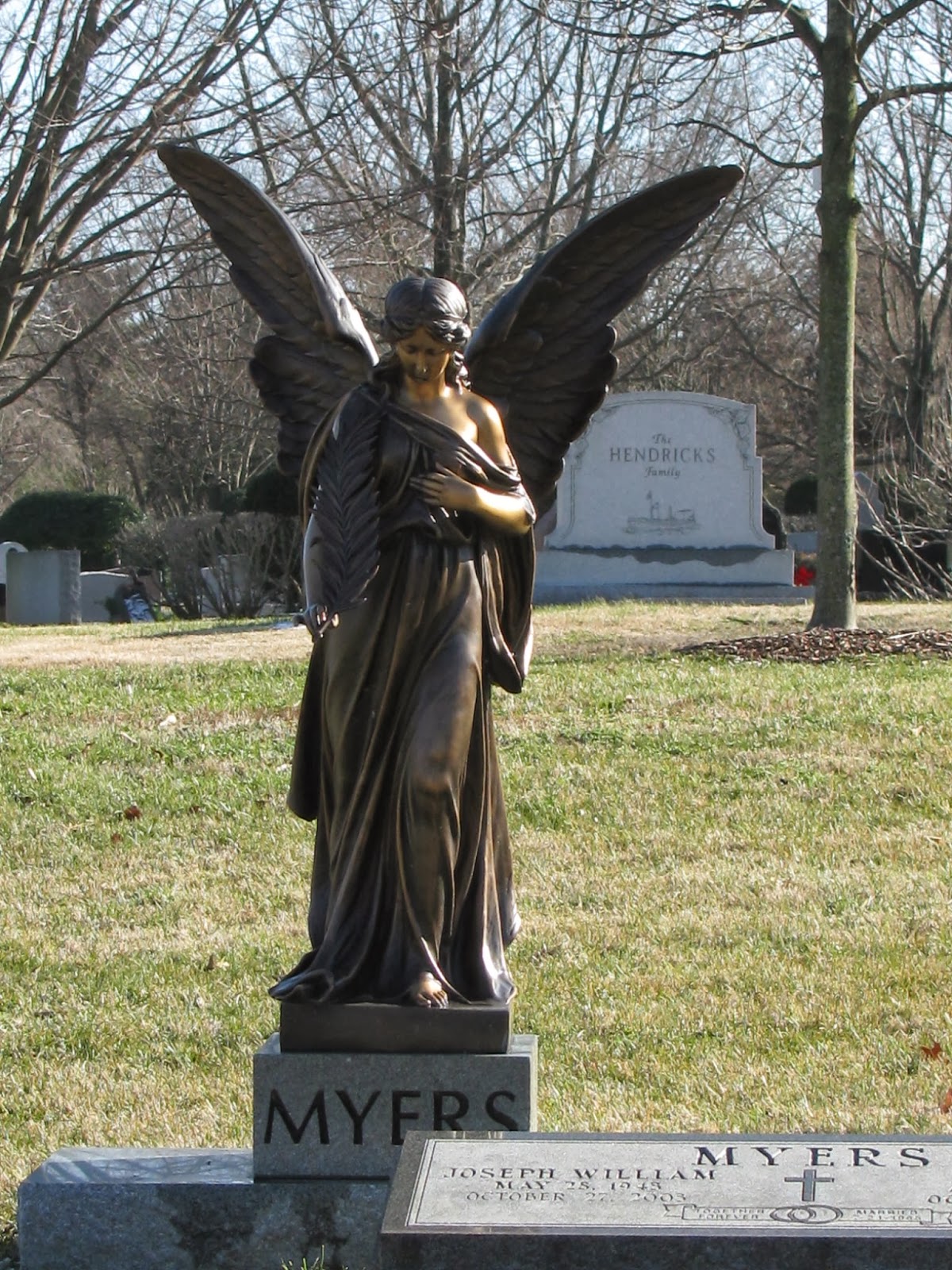 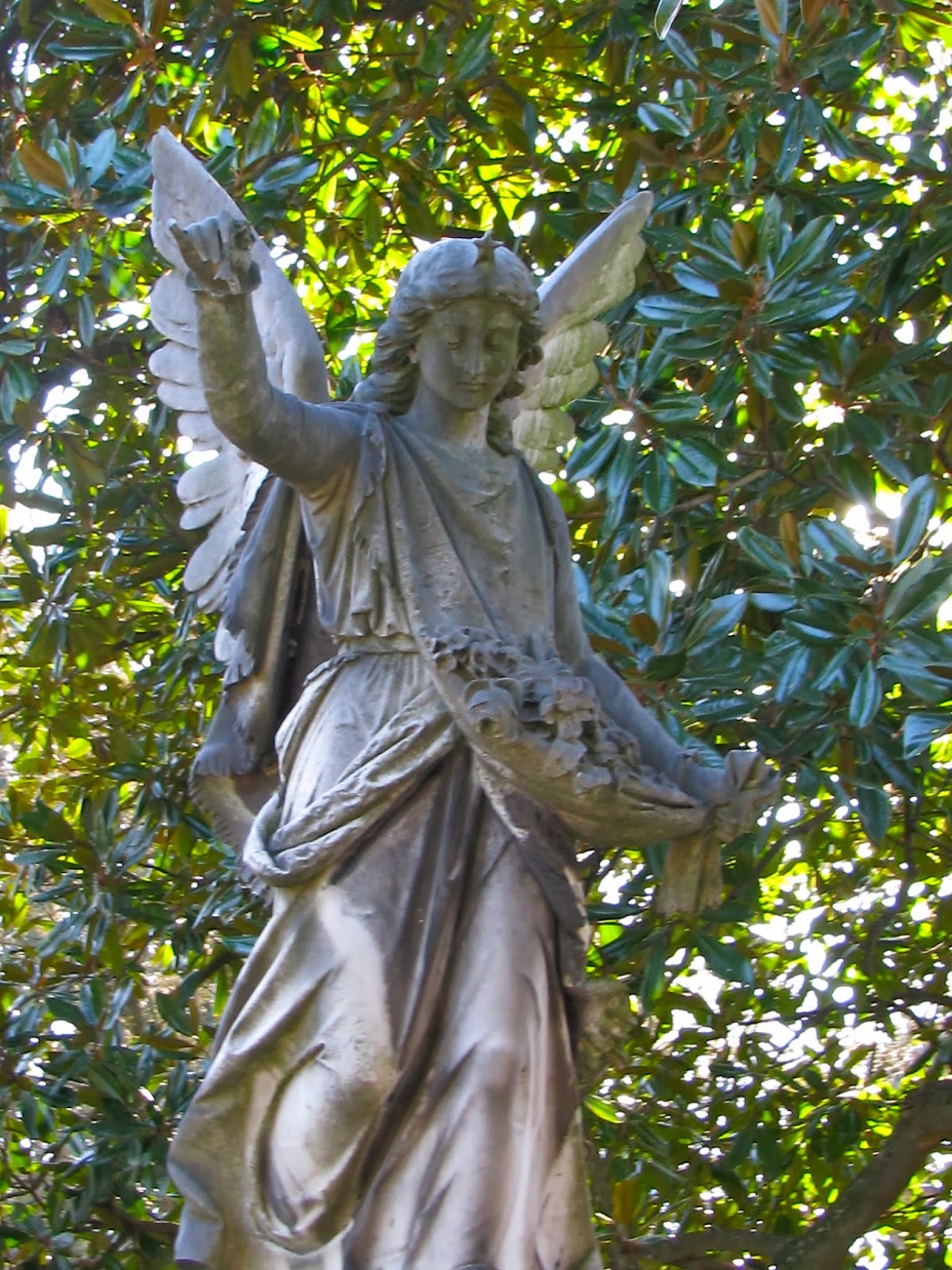 CherubsAnother portent of sorrow are cherubs. Victorian and modern Cherubs have been humanized and blurred with Putto so they are now shown as pudgy babies, or toddlers with wings. They are usually placed at a child’s grave. 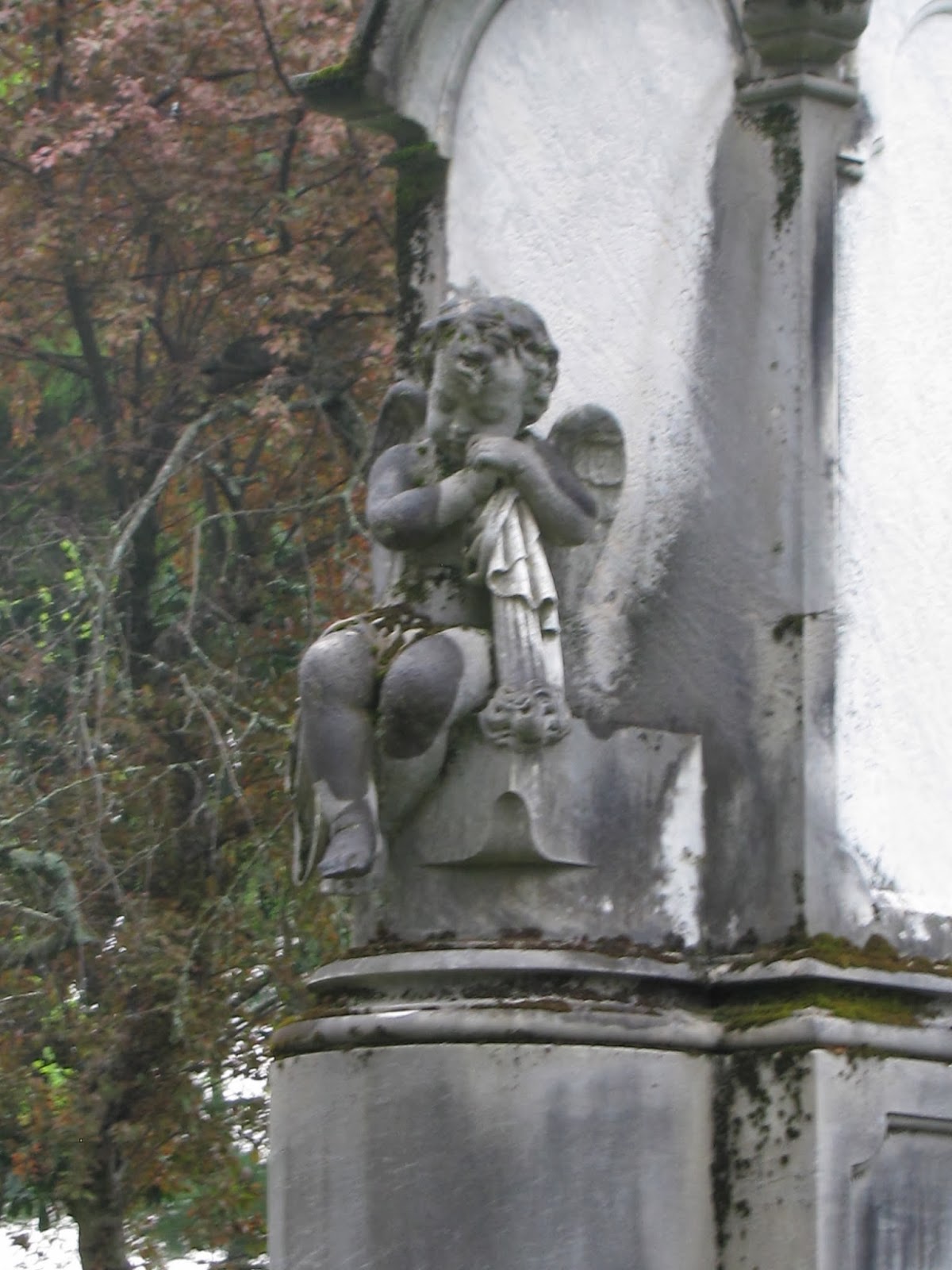 ChildrenThe death of a child has always been heartbreaking. In the cemetery, children’s graves may be marked with lambs, dead doves, cherubs, or in some cases, the children themselves are shown mourning their loss of life. 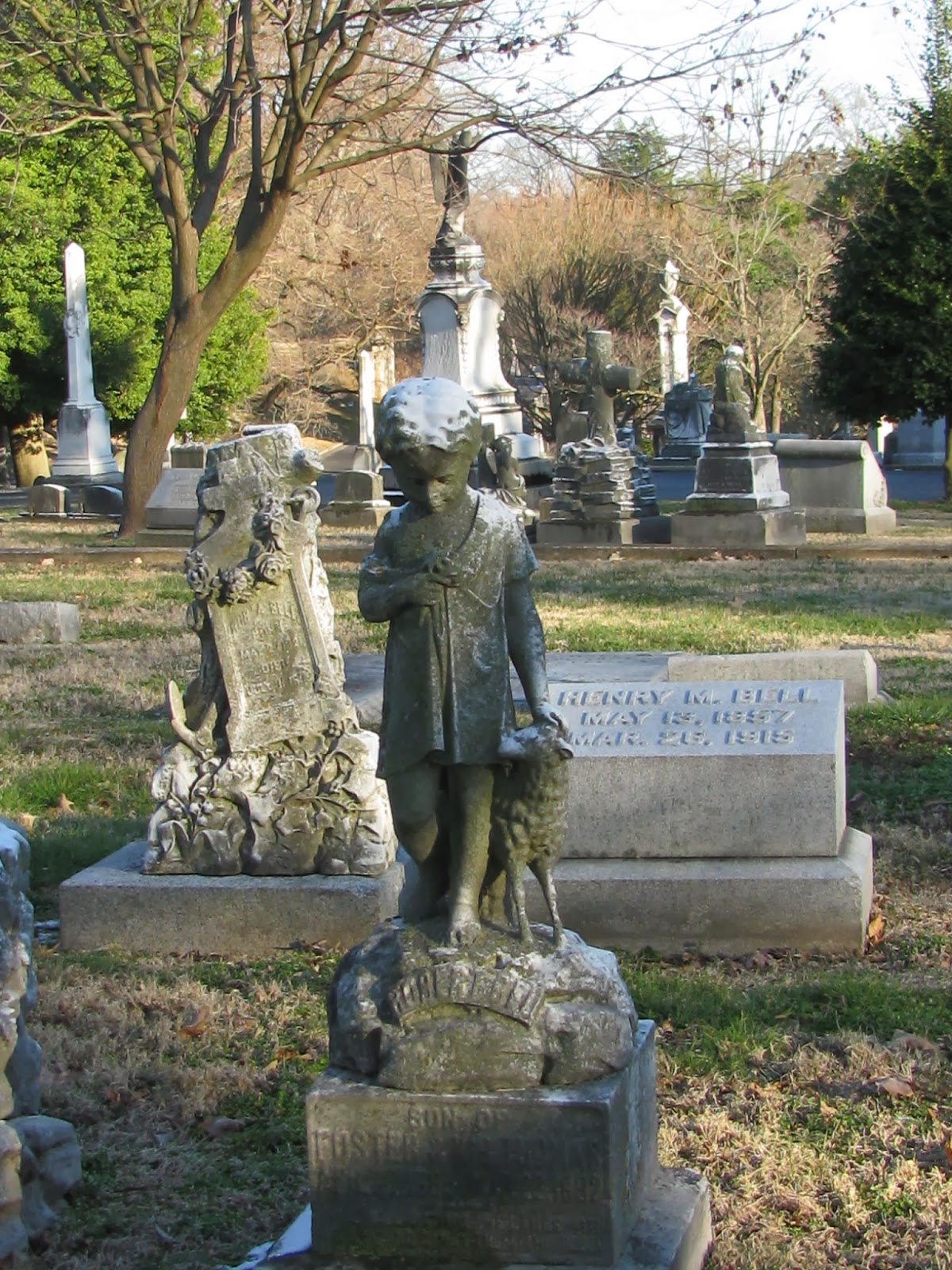 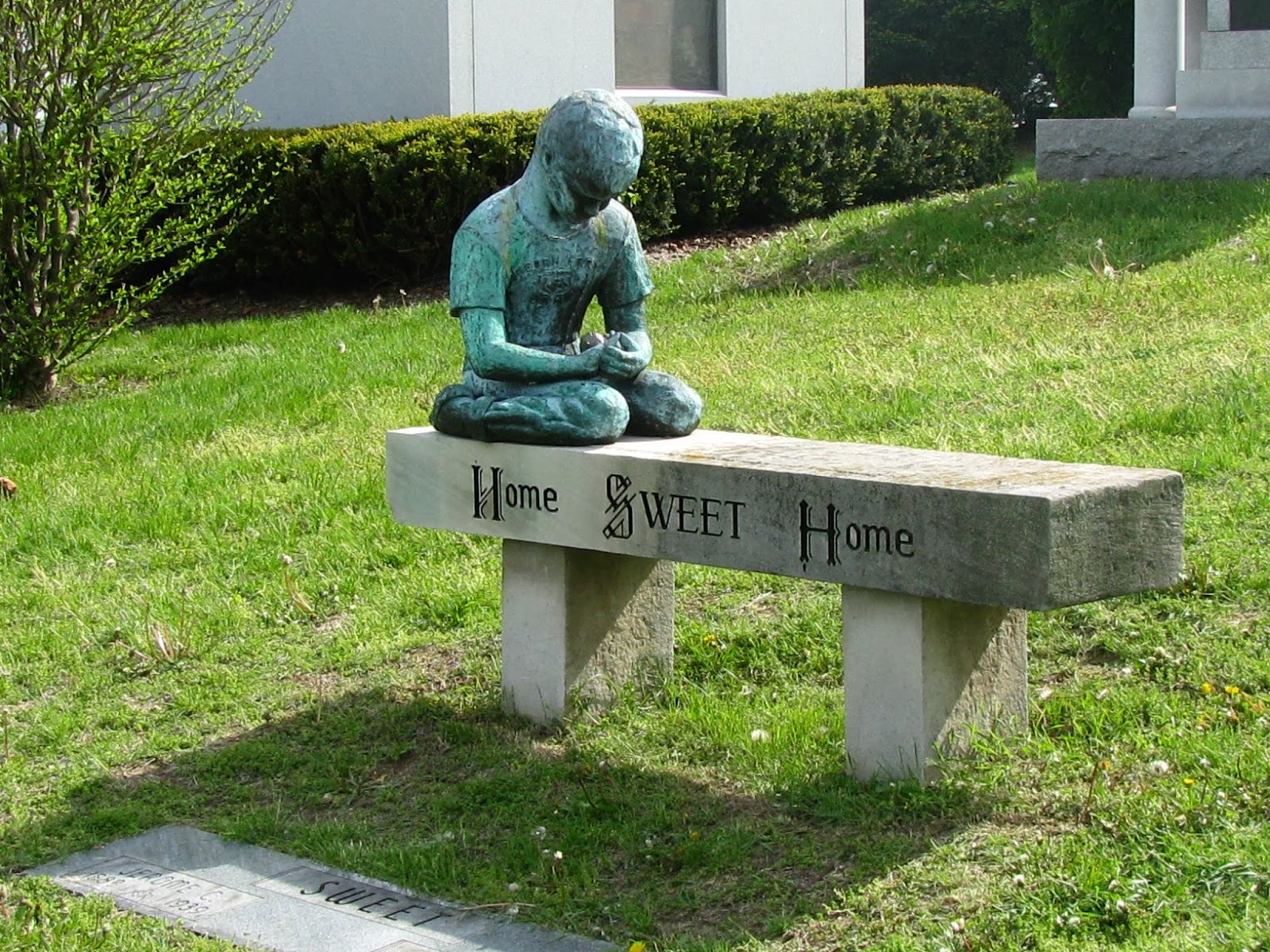 Women in MourningWomen are the mourners of the human race: the ones who are expected, and allowed, to express emotions. It is their presence in the cemetery that connotes sorrow and grief at the loss of a loved one.
Sitting Women Mourners: 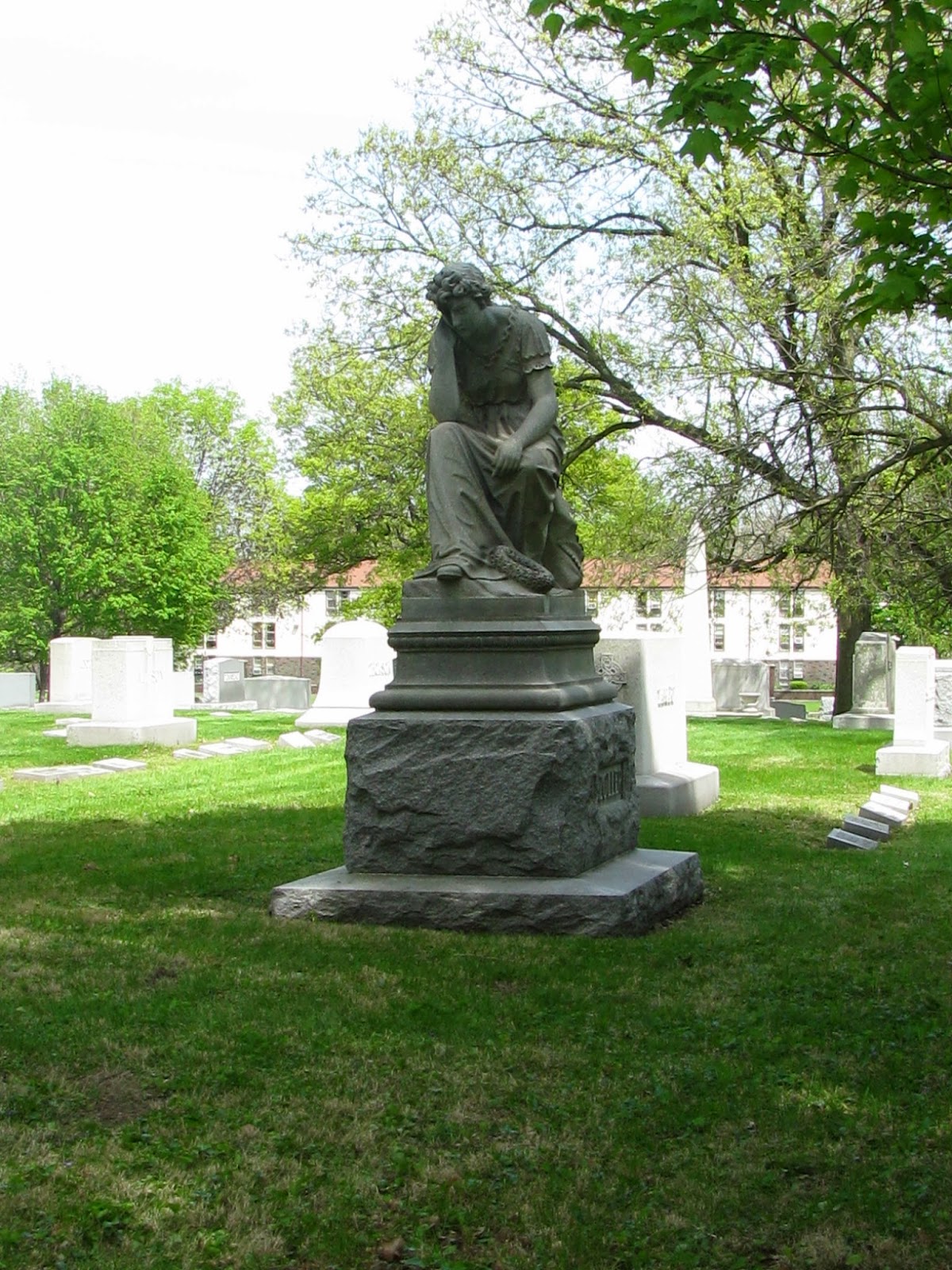 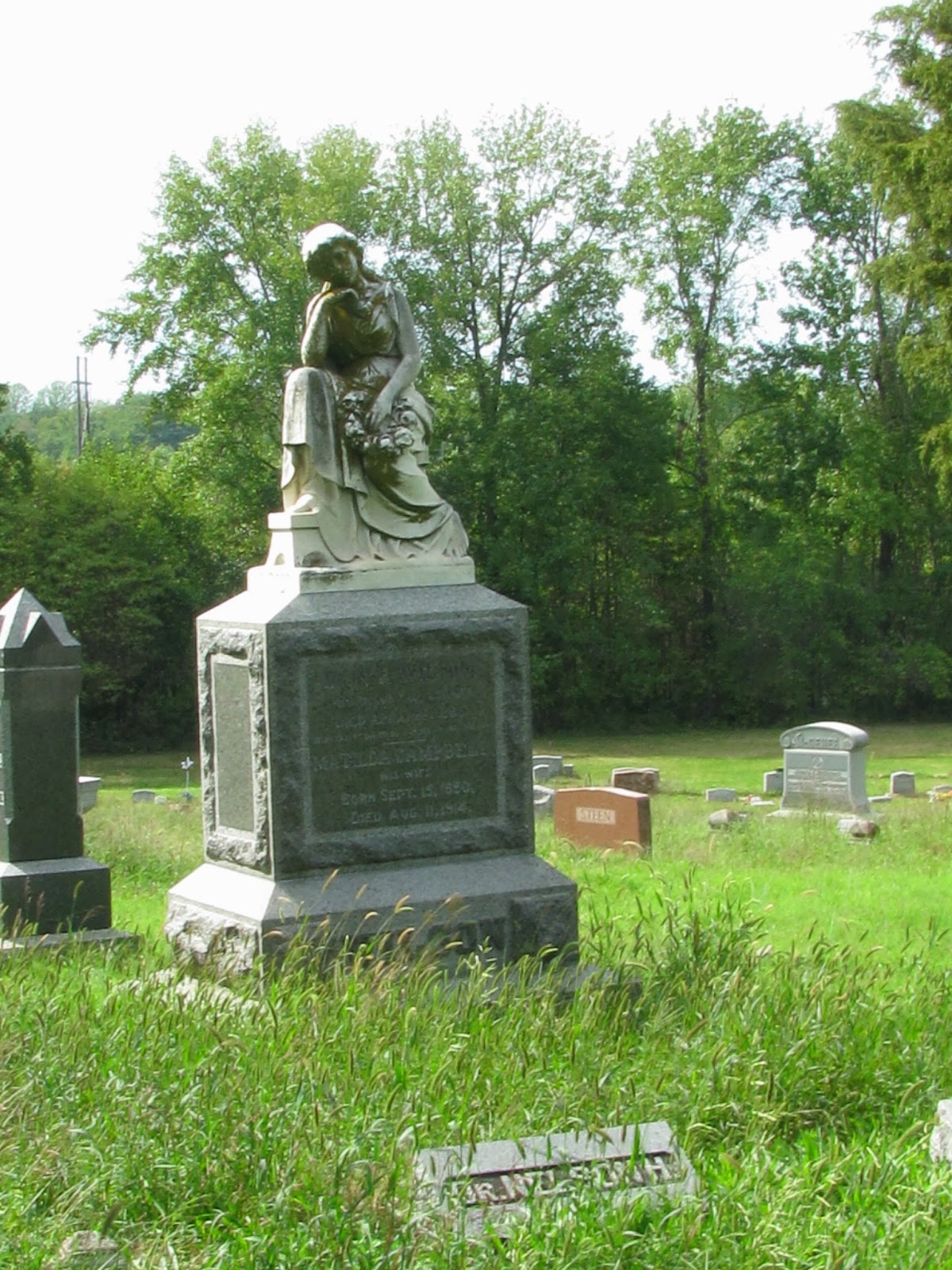 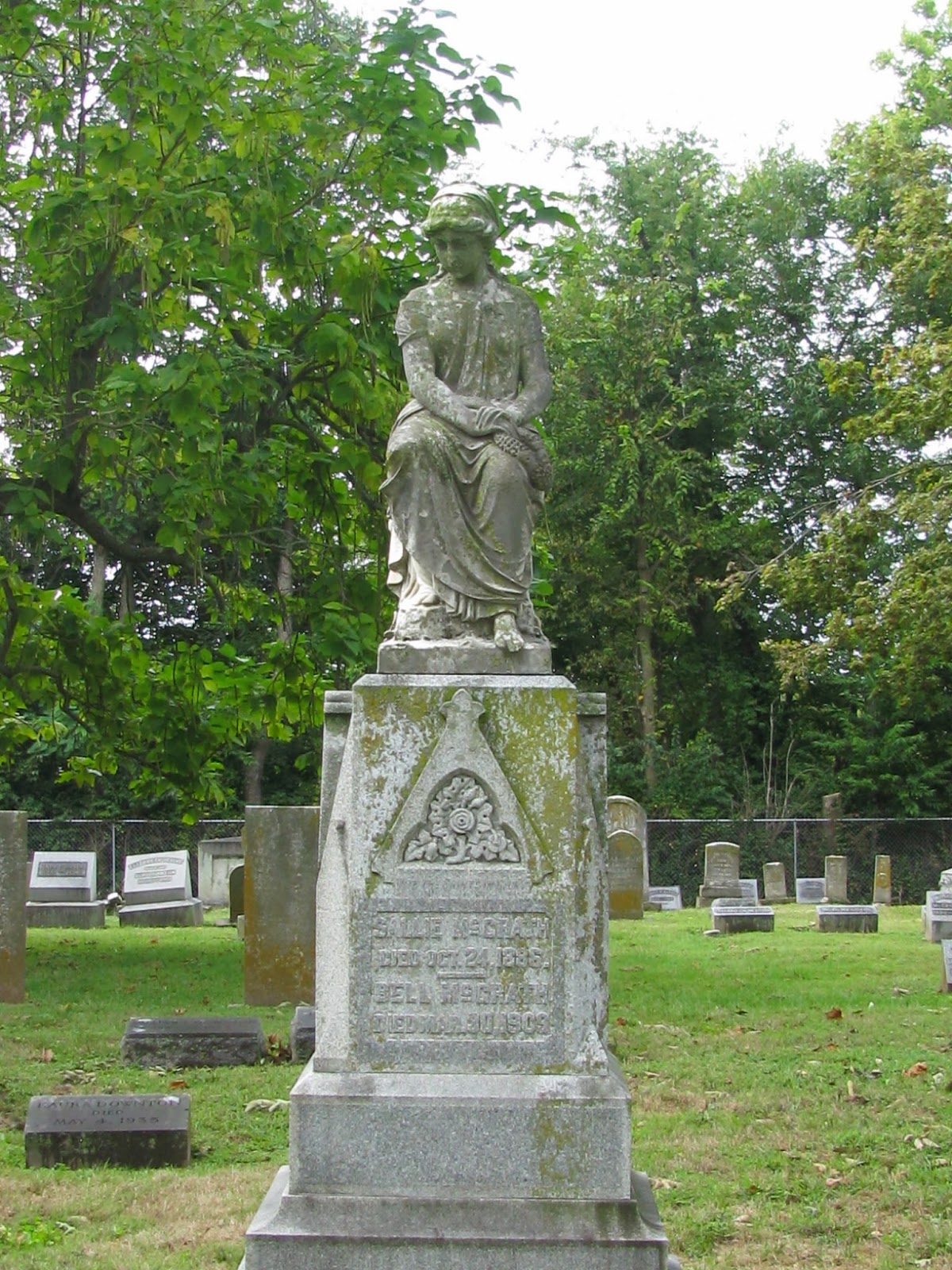 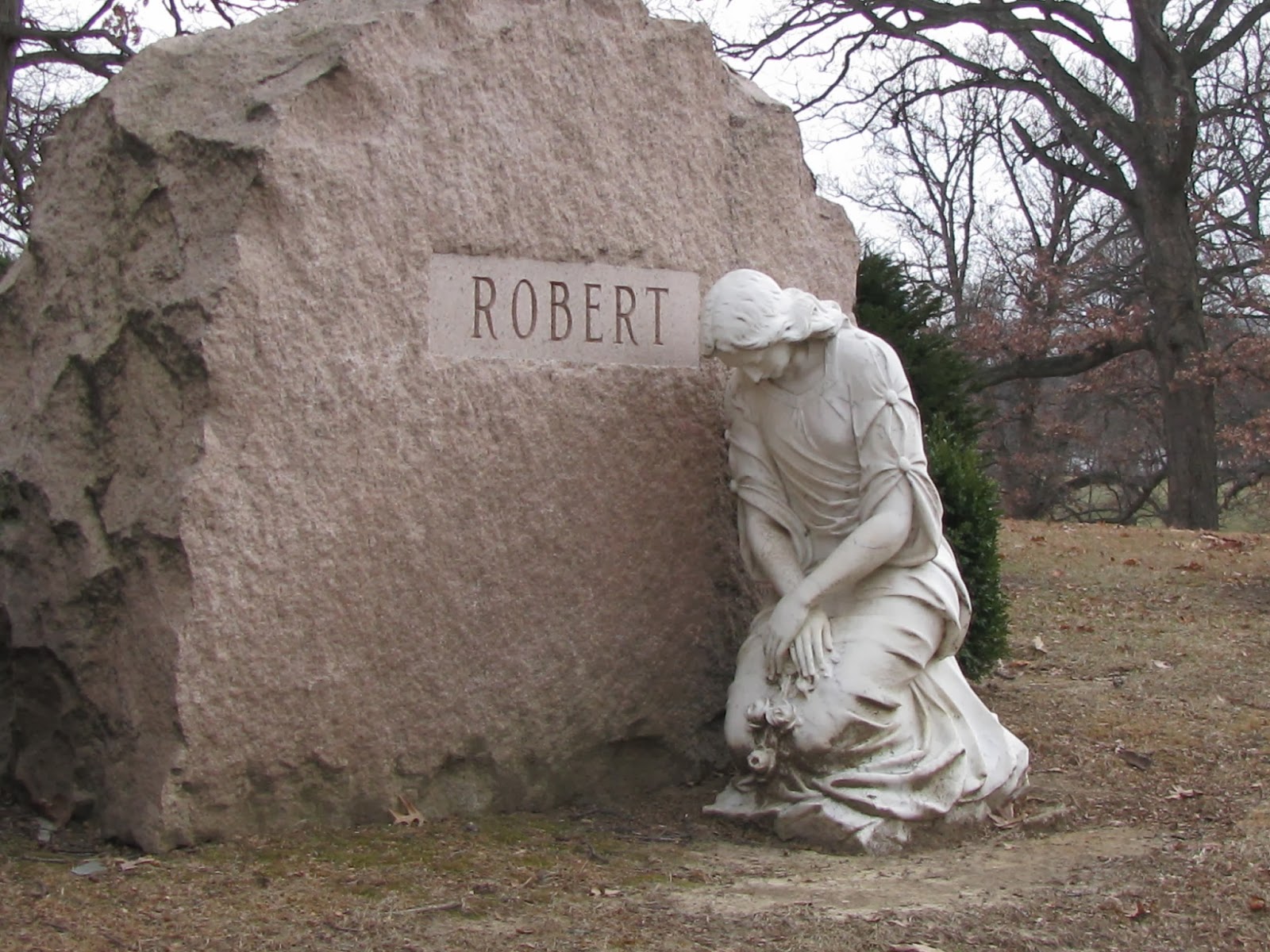 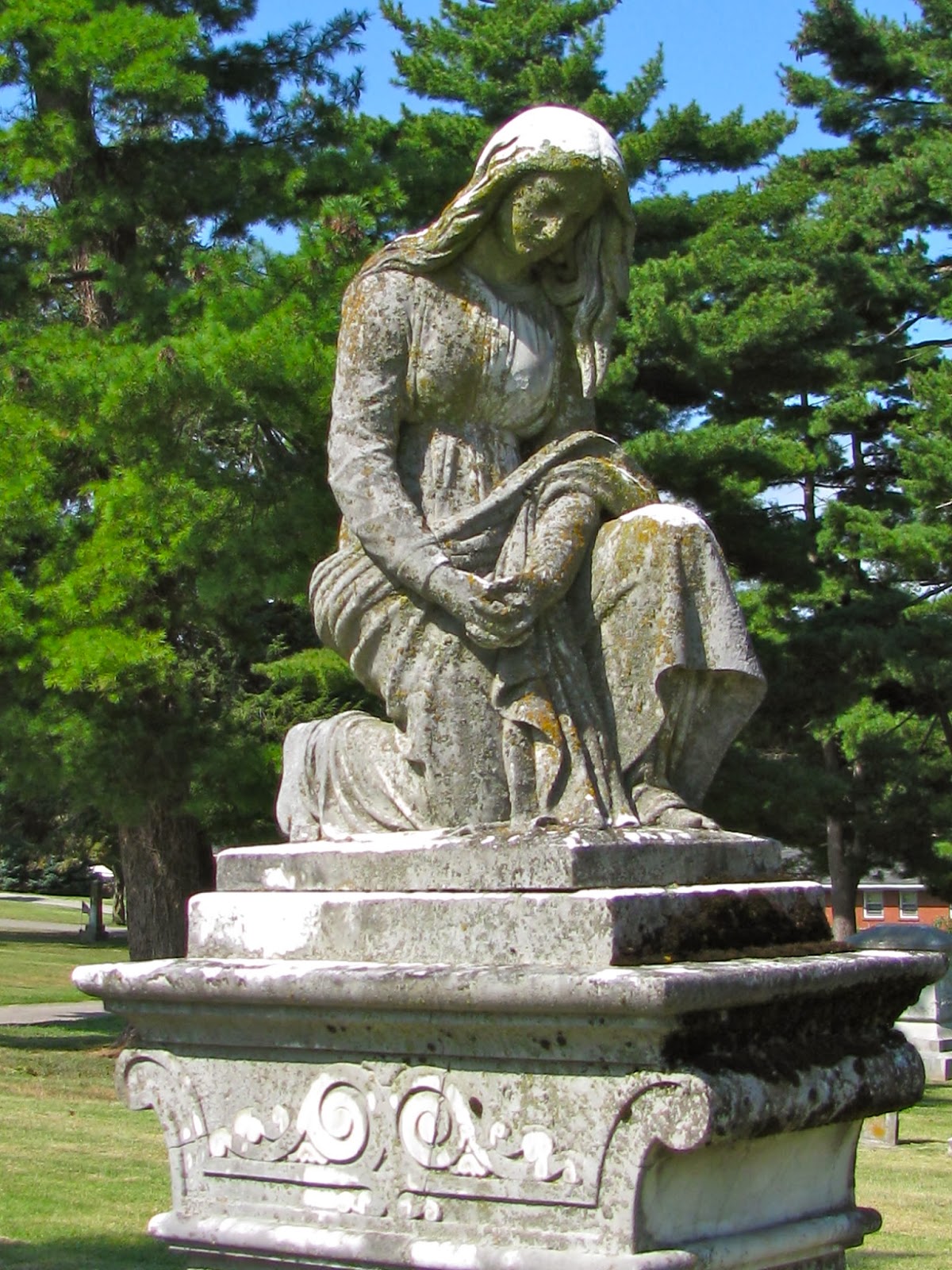 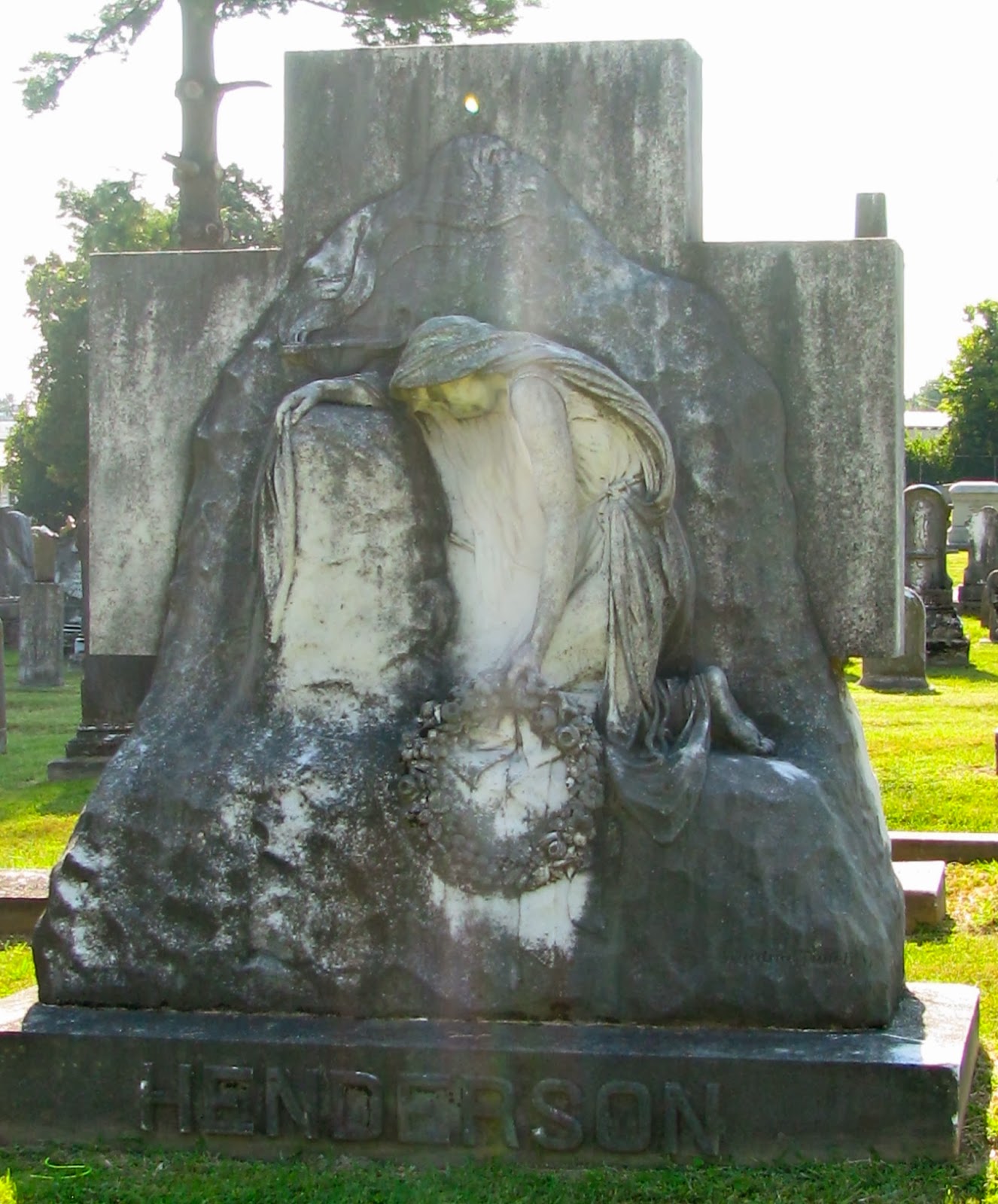 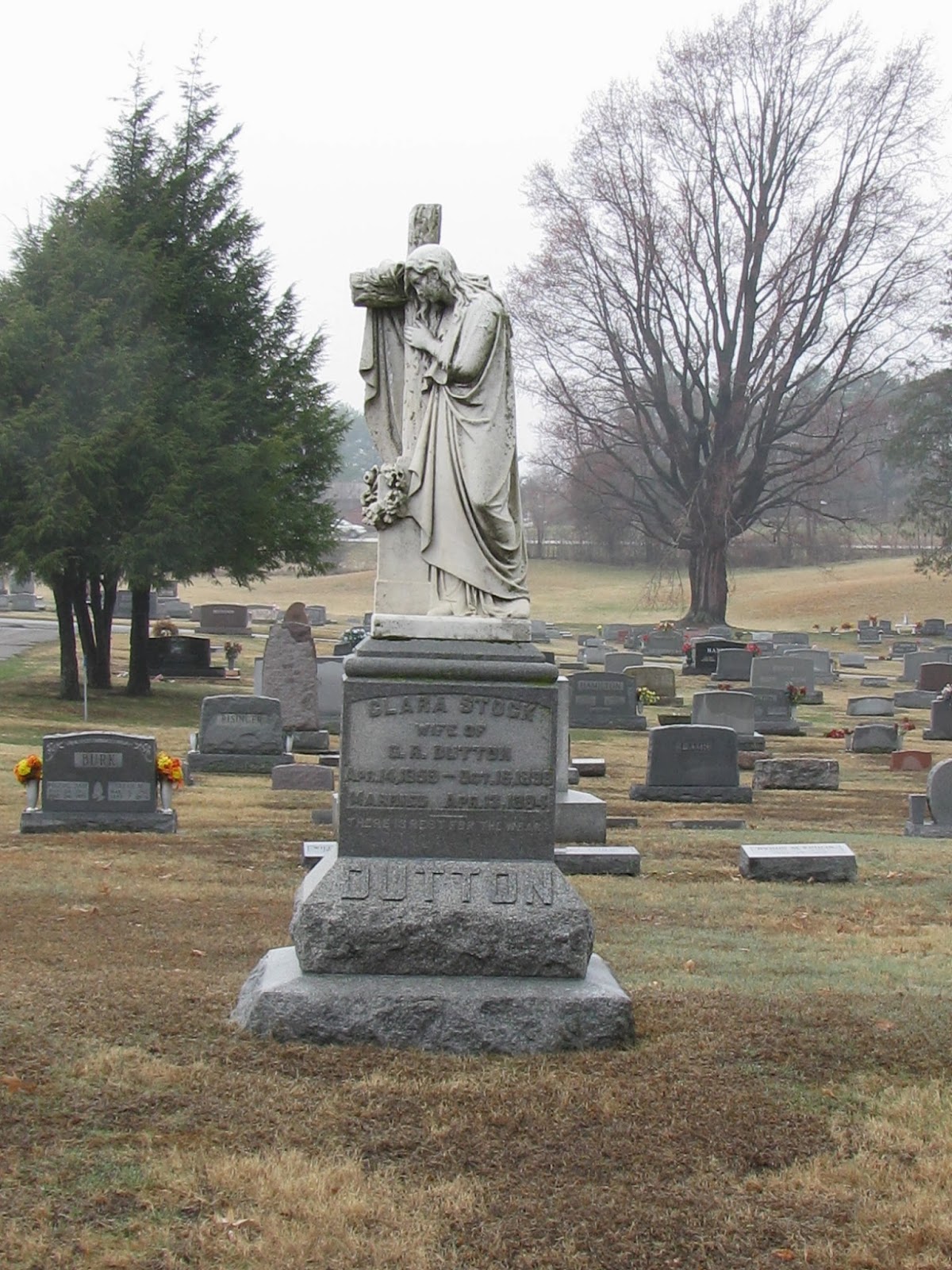 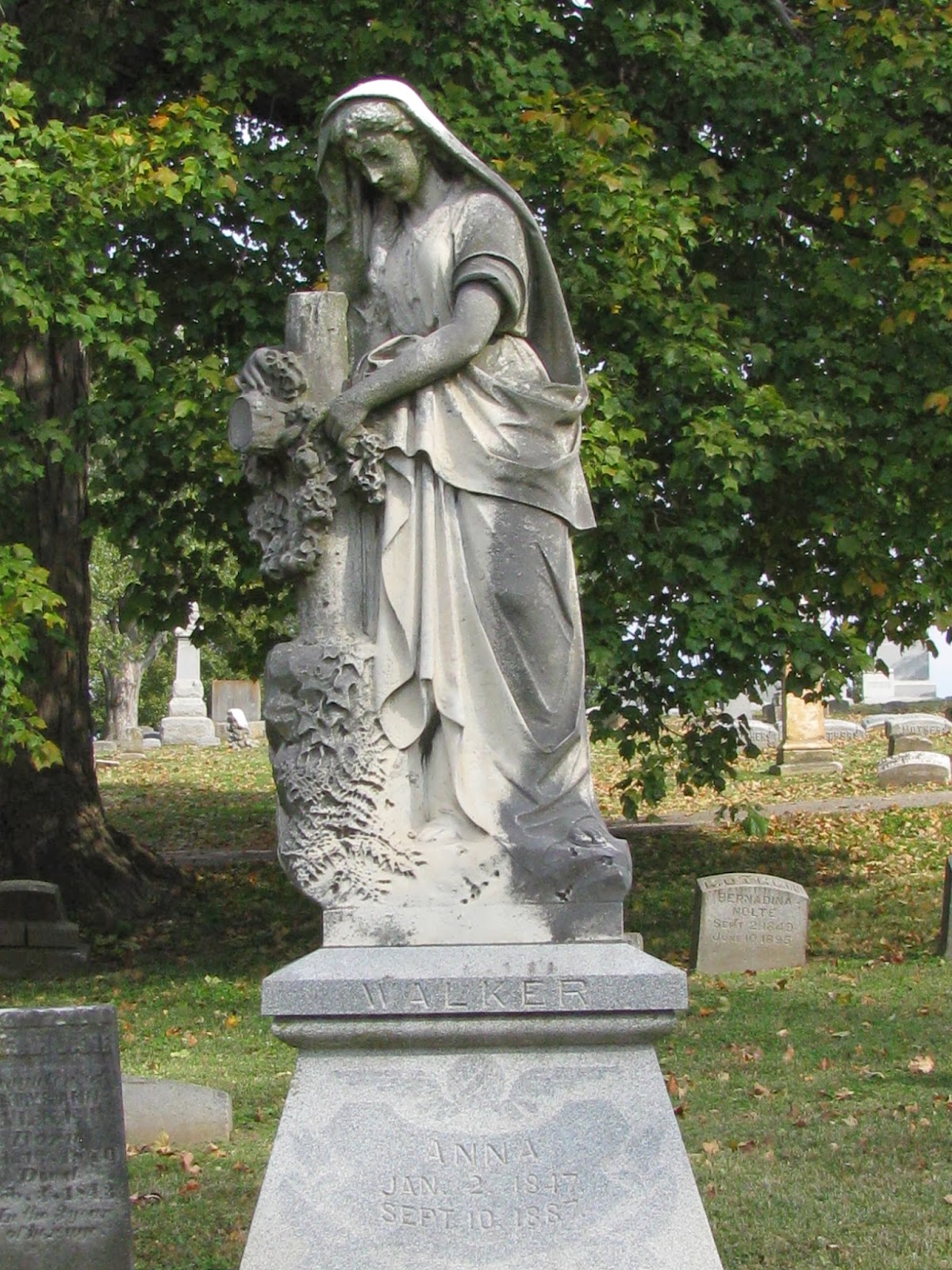 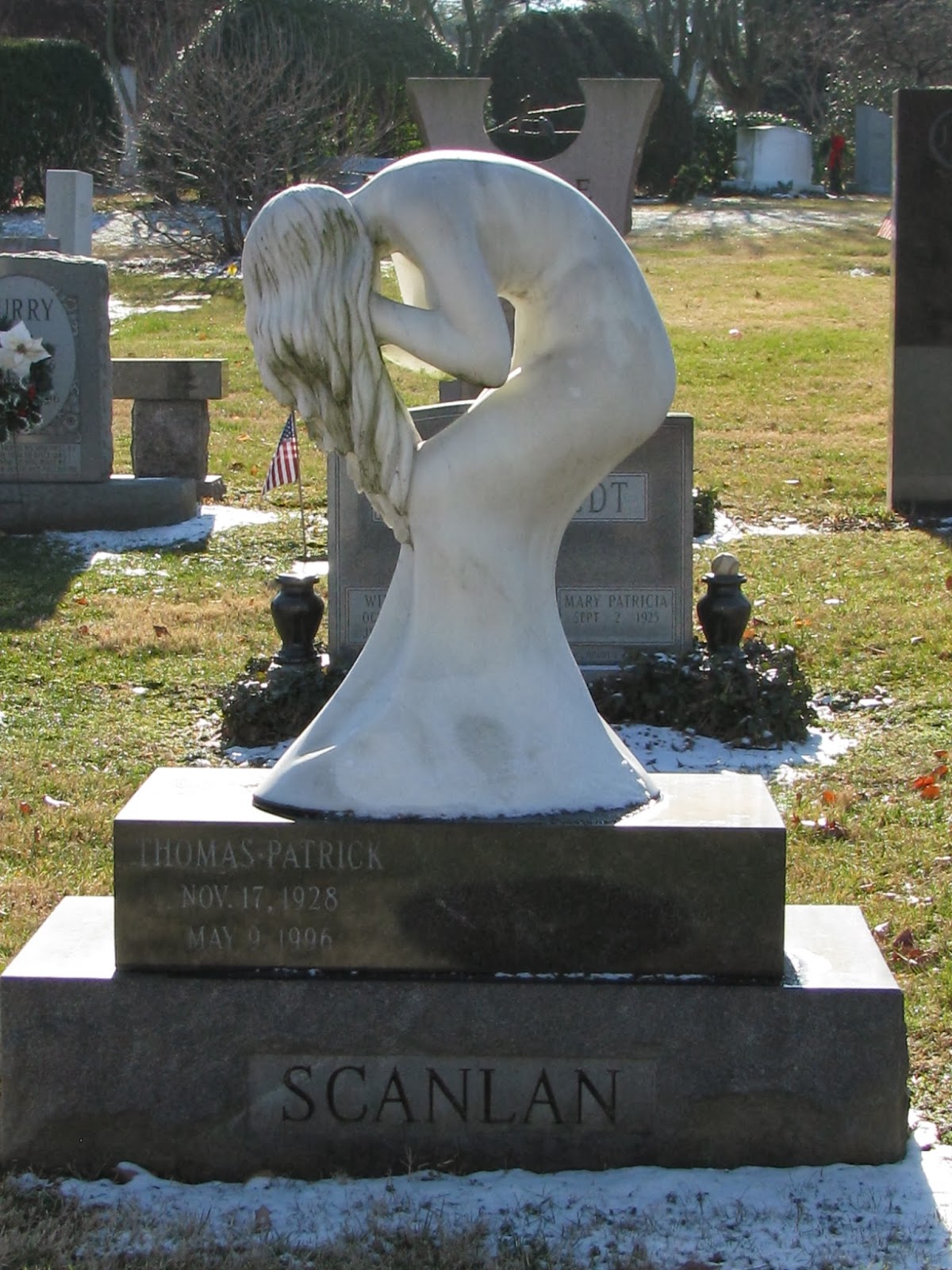 Draped ColumnsUsed mainly in the late 19th and early 20th centuries, a column symbolizes a nobly life. Draped material over the column represents the fabric draped over the coffin and signifies grief and mourning. 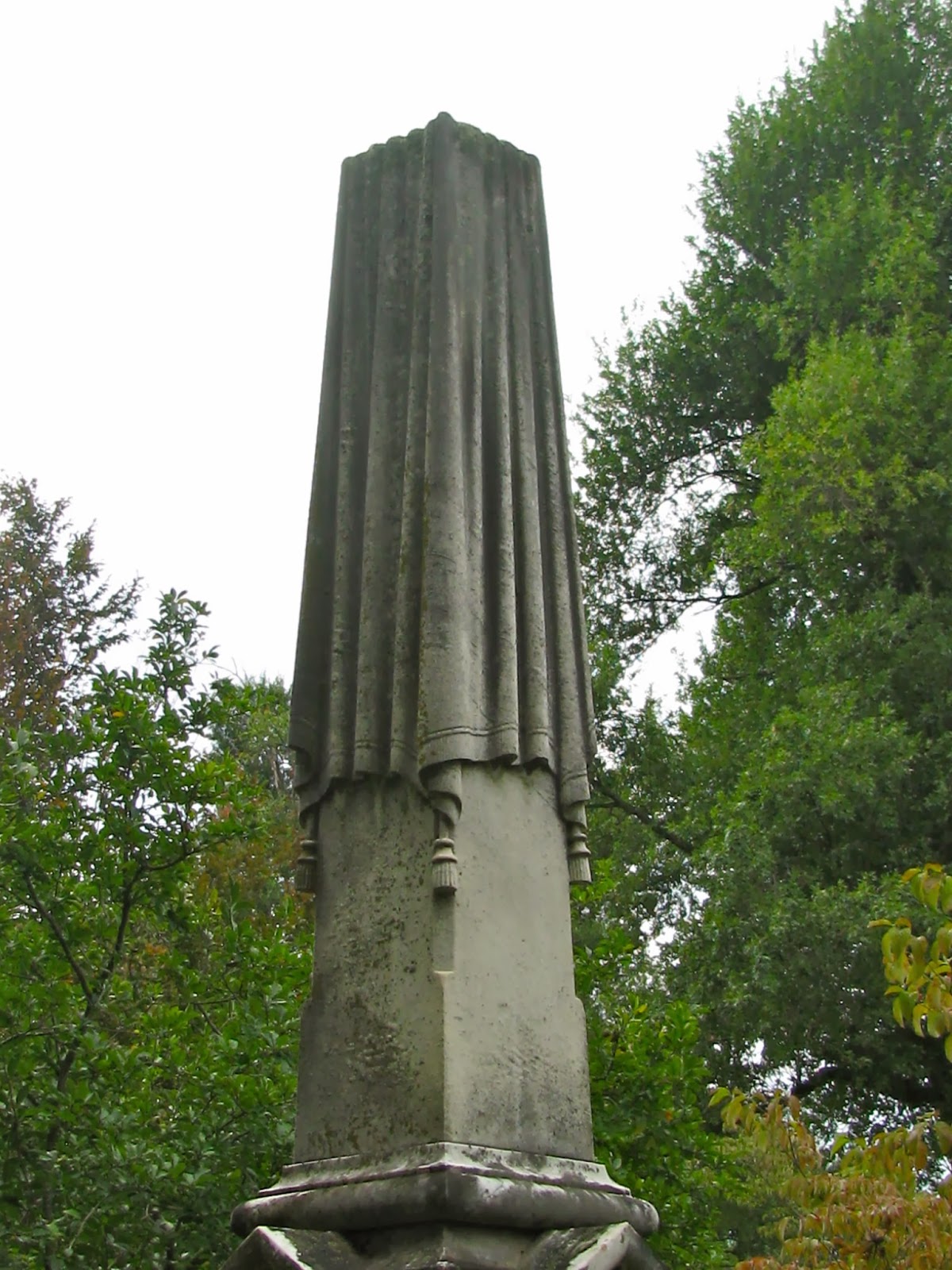 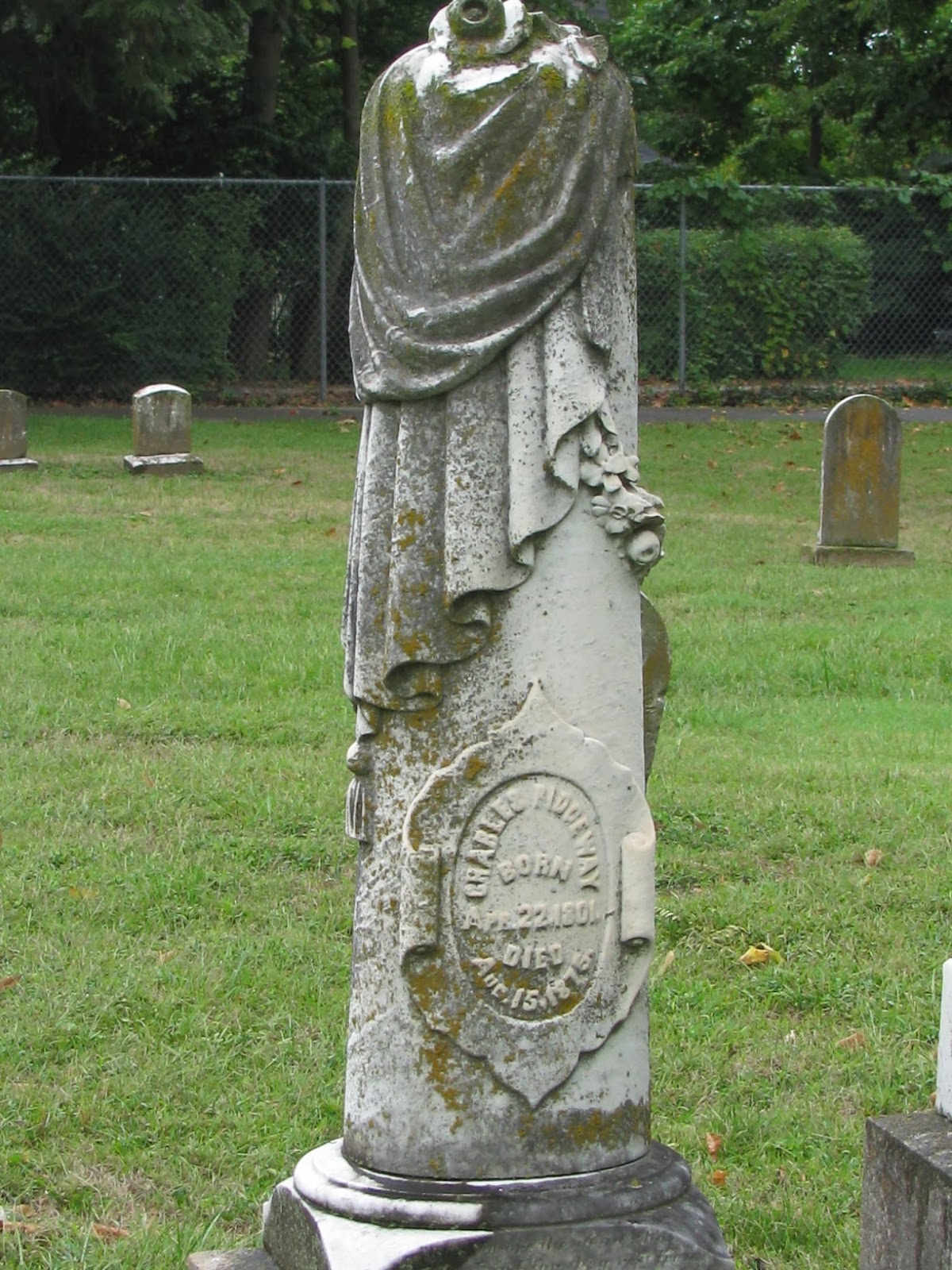 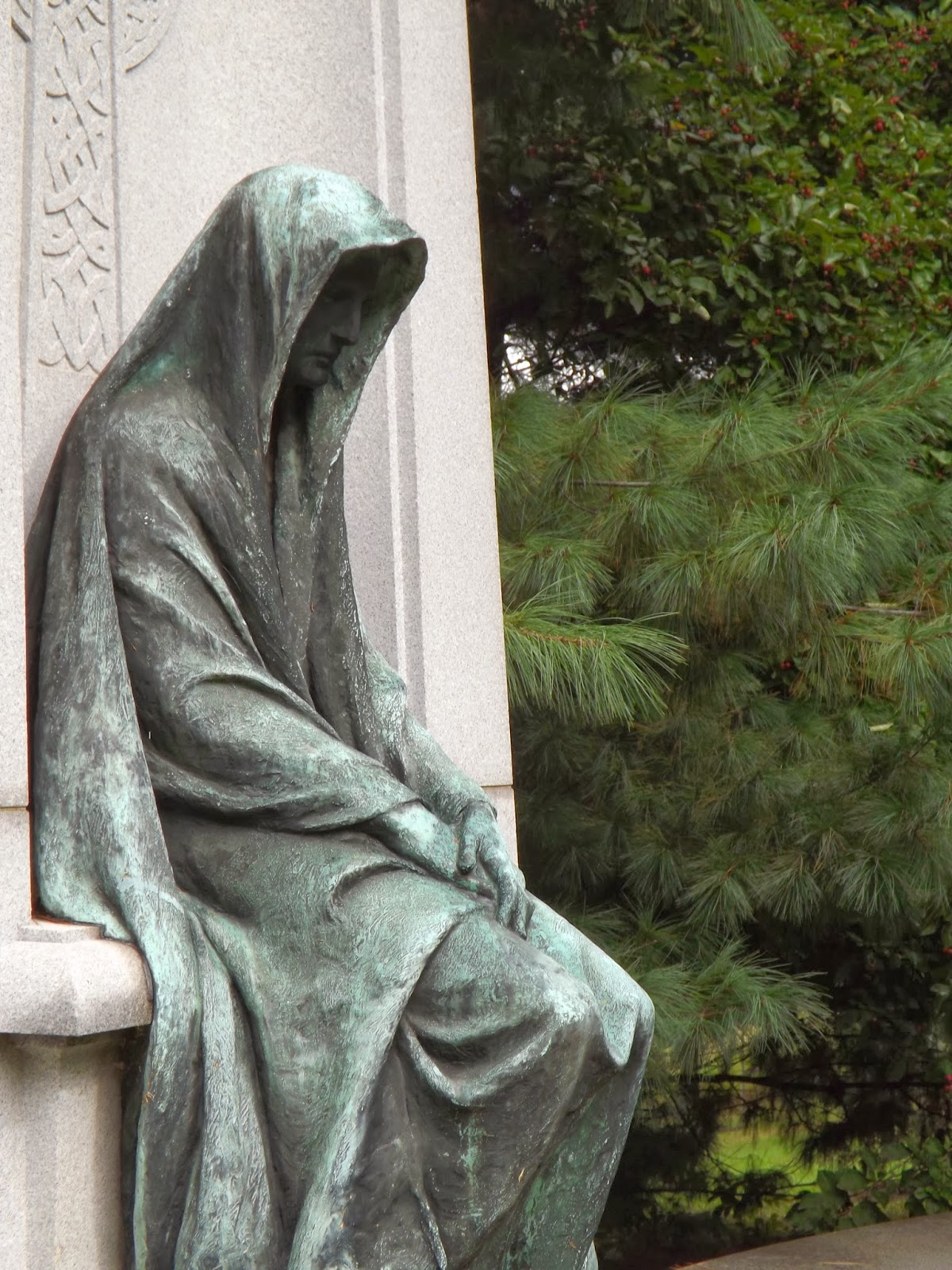 Grief in Bellefontaine CemeteryBut for all of the statues in mourning that can be found in a cemetery, there are also statues of that indicate confidence and courage. Next week, we will examine those Statues of Hope.
And, a special THANK YOU to all of you:Tomorrow will mark the 3rd Anniversary of A Grave Interest. If you enjoy what you find here, please “Follow” on Blogger and Twitter, “Like” on Facebook, Share on Google+, and share with your friends.  Thanks for reading, and expect more cemetery marvels to come!