We left Slovakia for Hungary in a slight drizzle.  It took only 2 1/2 hours to get to Budapest from Bratislava. We were given about 3 hours to see the Matthias Church and Buda Castle on a hilltop, view the city from there and have lunch. After that, we were taken to another hilltop for another aerial view, then a quick visit to some monument for heroes, the parliament building, the citadel and an hour on our own in the city. I'v said it before: I don't like organized tours because what you get to see is limited to what's most convenient for the tour itinerary. Looking at the aerial view of  Budapest's buildings and especially of a building with a shiny brown sphire, I just wished that we could explore the city on our own.
Budapest is made up of Buda on the west and Pest on the east with the Danube River in between. Contrary to the popular song, the Danube is not blue but a light beige-grey.  Budapest is big, beautiful and very historic. I saw so little of it. I must go back one day. 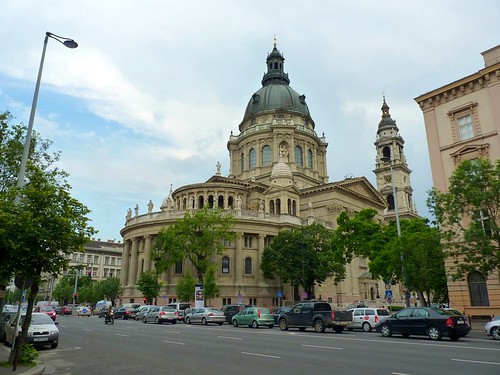 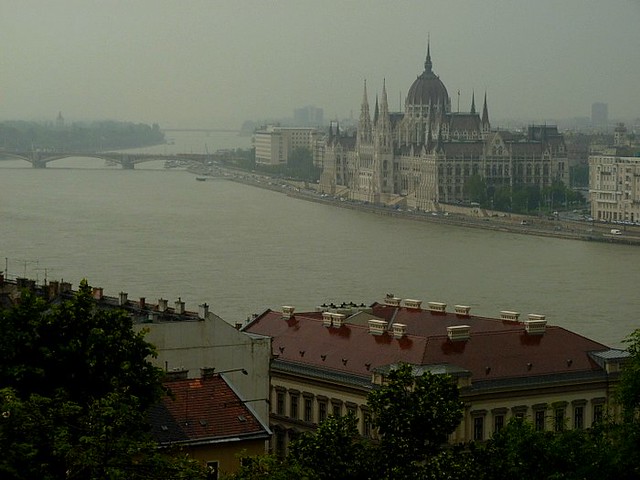 The Danube River cuts Budapest in half. Photo taken during a light shower. 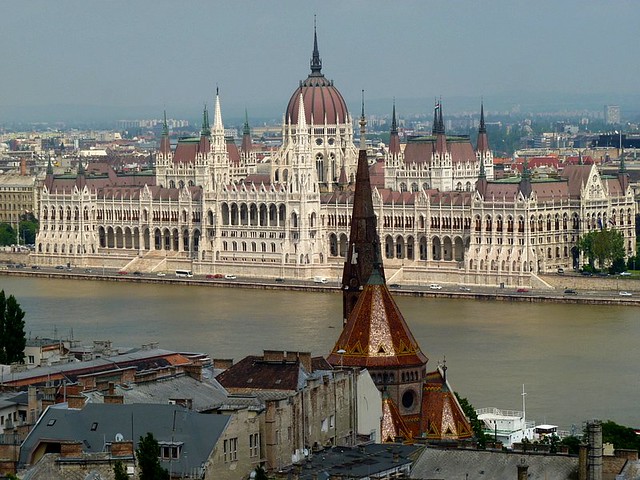 The Hungarian Parliament Building in the back. 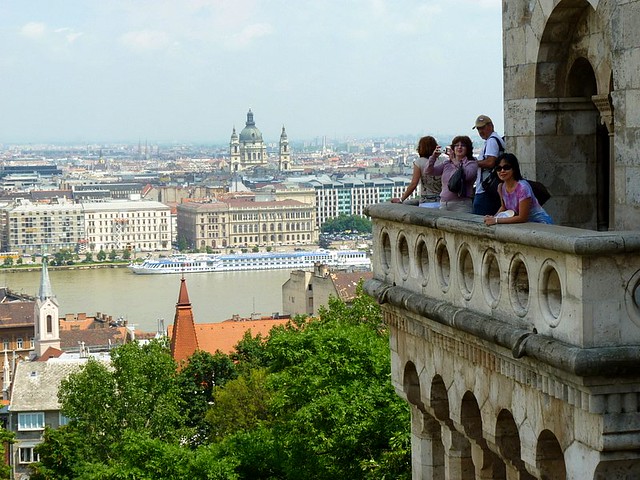 View from Castle Hill. St Stephen's Basilica is in the distant center. 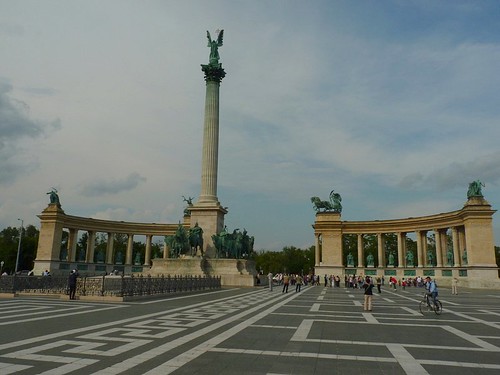 The Heroes Square
The weather that evening was very threatening. It drizzled unceasingly and only one person decided to join us for a night stroll, the 2 others opting to stay in the hotel. We took a bus from the hotel but nobody could interpret for us until finally a young lady told us that tickets have to be bought at the metro station. The bus conductor wouldn't sell us the tickets so we had a free ride to Elisabeth Bridge, our destination. 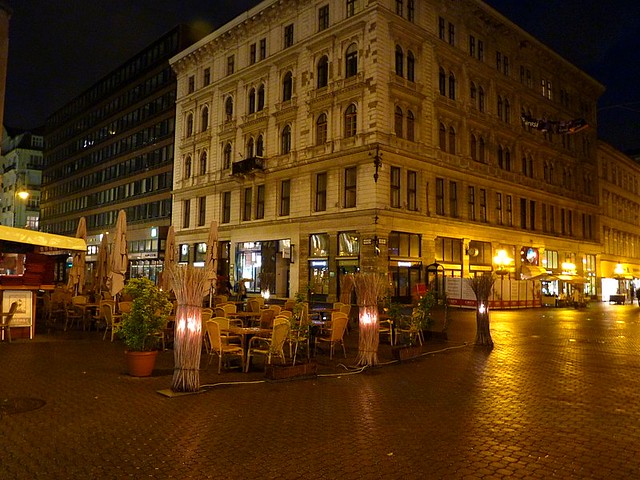 With the rain, nobody sat outdoors. 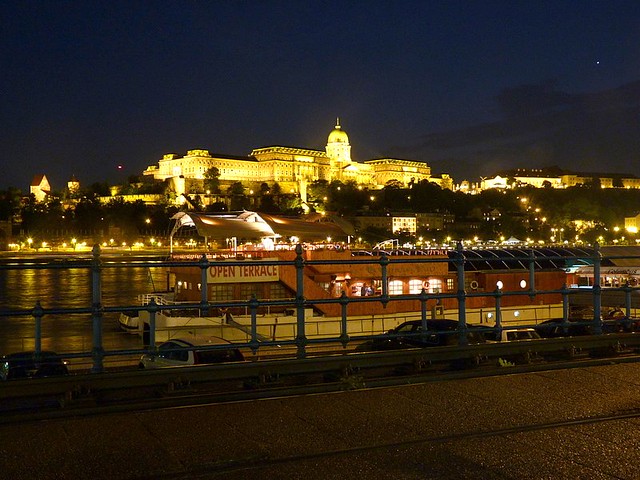 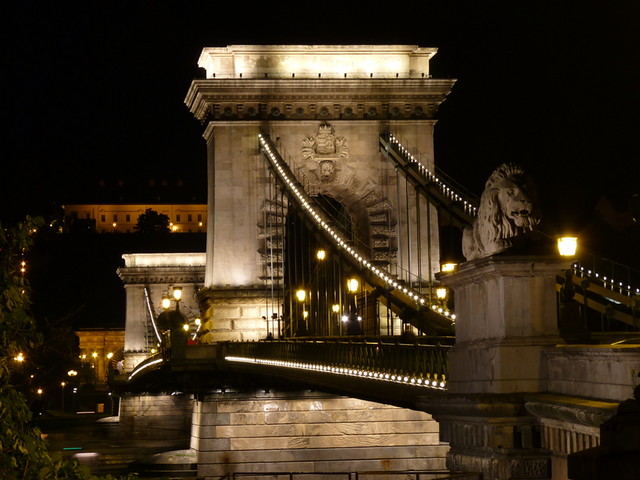 Elisabeth Bridge
Elisabeth Bridge was even more lighted up than Prague's Charles Bridge, and even more beautiful, I dare say. The castles and buildings on the hills were also prettier because the hill was nearer and steeper. But despite all that beauty, the romantic atmosphere was missing. Elisabeth Bridge just lacked the special  aura that Charles Bridge had. Maybe because it was raining and the bridge is open to both pedastrians and vehicles or maybe that's just the way things are somehow. 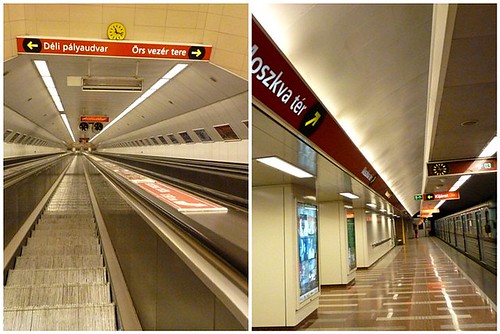 The metro is new and the escalator on the left is the longest I've ever been on. It made me dizzy just looking down. The end of the escalator can hardly be seen and extractor fans are needed to draw out the CO2. 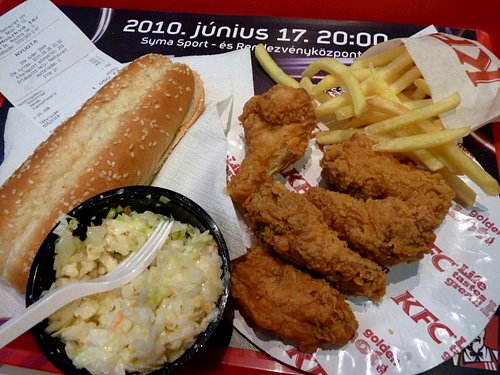 We took the metro back to our hotel, only 270 HUF (Forint)/1 euro/RM4 per person. There was a KFC on the way back and we had a chicken sandwich, fries, coleslaw and the best fried wings ever ever, a meal which cost 1,050 HUF/4 euros/RM16.