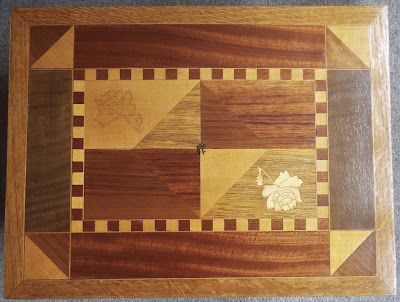 Now and again I find an absolute gem in a charity shop.  A few years ago I found this marquetry panel, thinking my husband could make something with it.  At that stage he must have had his head full of other projects, so it has just been lying about the house waiting for its day to come. 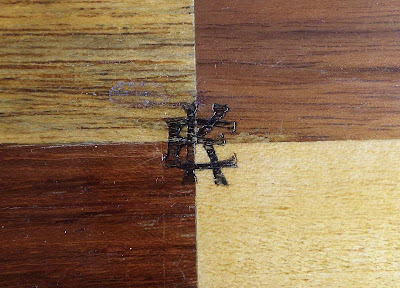 Whether the original maker made it as a practice piece, or the beginning of something that was never finished, we shall never know, but at least we know his initials, which are etched in the centre.  Are they EK or KE? 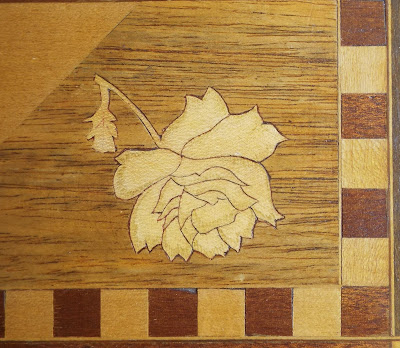 It is a shame I can't ask EK or KE why he put the prettier of the two roses upside down at the bottom, and I would dearly love to rearrange some of the pieces for better contrast.  Perhaps that goes to show that it was indeed a practice piece.

Now all EK's hard work has been put to good use as a box lid.  My husband has made a box for my threads, and had it finished in time for my birthday last Sunday. 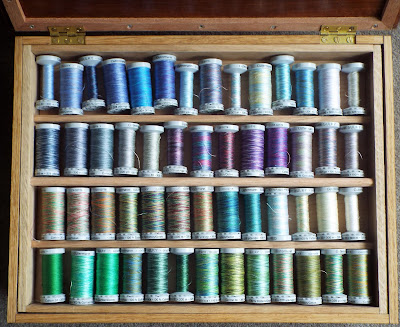 I had a happy afternoon sorting out my threads, and here they are, all neatly arranged.  The top two layers are in made to measure removeable trays.  Blues and greens are in the first tray... 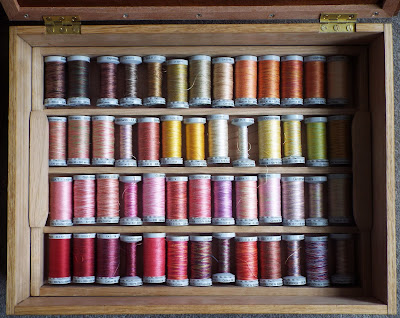 ... reds, yellows and browns in the second tray... 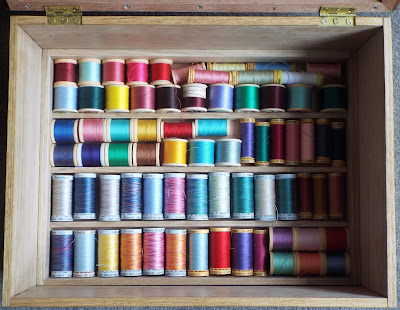 ... and everything else just squeezed into the bottom layer.

Apart from a few large reels which are too big for the trays, and some synthetic threads that I only use for tacking, I managed to fit almost all the threads I have into the new box.

Truly one of my best presents ever!  My husband is a star.  And a special vote of thanks to EK or KE, wherever he may be.